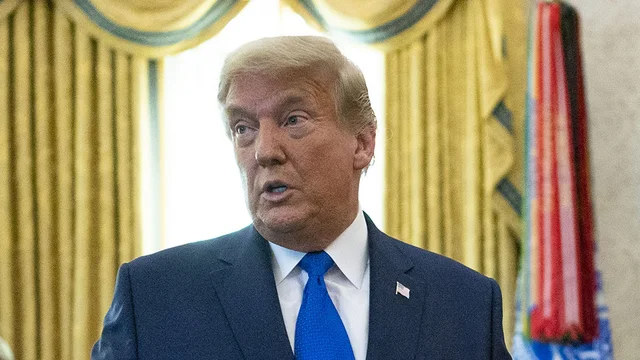 President Trump has openly discussed the possibility of preemptively pardoning himself and his adult children before leaving office in recent days amid the takeover of the U.S. Capitol by rioters.

The New York Times reports that two people with knowledge of the discussions verified that the president had raised the issue in recent days; the move, never before attempted by a U.S. president, would be of questionable legality as experts disagree over whether a president has the power to unilaterally declare himself above the law before leaving office.

The Times reports that Trump has fretted openly about the possibility of a Justice Department controlled by President-elect Joe Biden launching investigations into him and his family following his departure from the White House. Calls to prosecute the president on the left and among some Republicans sharply grew Wednesday following the dramatic scene in Washington, D.C., where rioters — directed by Trump to “walk down to the Capitol” after departing his rally — broke through police barricades, windows and locked doors and entered the Capitol.

The White House did not immediately respond to a request for comment on the Times’s reporting. The president issued a video message late Wednesday urging rioters to be “peaceful” while expressing his support for their disputed belief that the election was “stolen” by his opponent.

Some of the president’s allies including Fox News host Sean Hannity have advised him publicly to make such a move before leaving office, suggesting that the Biden administration will seek retribution against the Trump family.

“The president out the door needs to pardon his whole family and himself because they want this witch hunt to go on in perpetuity. They’re so full of rage and insanity against the president,” Hannity said in December.

Only one president, Richard Nixon (R), has ever been granted a pardon, and Nixon’s was done so by his successor, President Ford (R). At the time of the Watergate scandal in 1974 that ended Nixon’s presidency, the Justice Department issued a memo finding that a self-pardon would be unconstitutional after Nixon was reportedly considering a similar move.

Speaker Nancy Pelosi (D-Calif.) announced Thursday that the president would face a potential second impeachment by the House should Vice President Pence refuse to invoke the 25th Amendment and remove him before the end of his term; such a move would also be unprecedented in U.S. history.