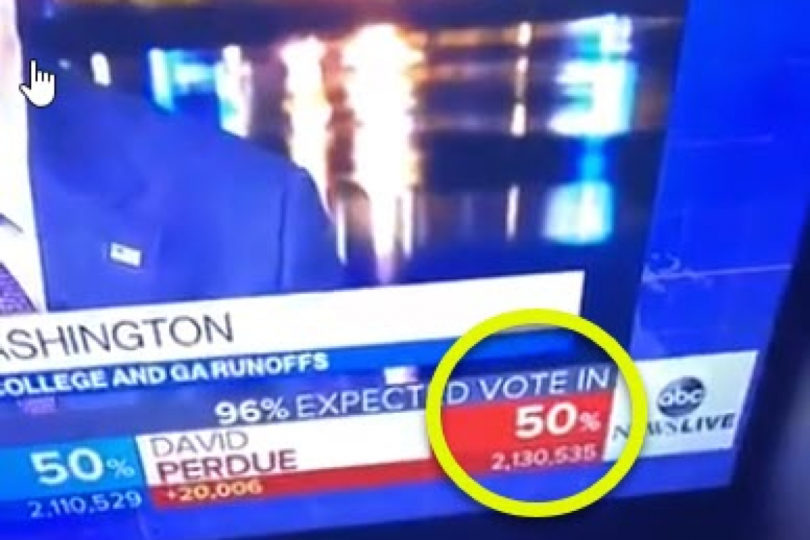 The segment broadcast by ABC News shows the vote tally DROP, as seen in the video below:

They seem to have gotten away with stealing the US Presidency this same way on November 3. Can anyone blame them for now trying to steal control of the US Senate the same way?

The Criminal Justice system is not fixing any of this.

The courts are not fixing any of this.

Lawsuits . . . . we’ve already seen how they turn out; useless because Courts and Judges are corrupted.

These Democrat/RINO thieves are not going to stop until they are stopped.

It is long overdue they be stopped . . . by the only method they understand.