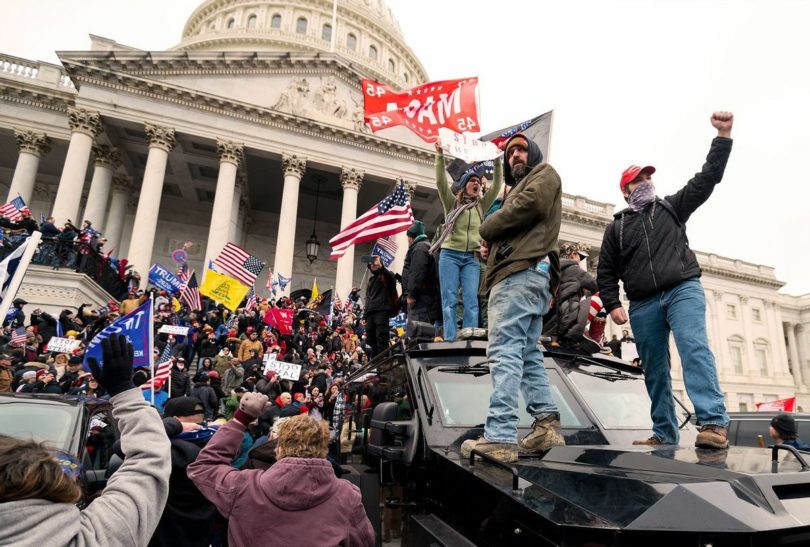 President Trump issued a vague call for a rally in order to bait the traitors into planning a false flag. Please read the analysis below.

THE BELOW TEXT IS ALL QUOTED

“Want to fill in some blanks for those thinking how bizarre the situation at the Capitol was and for those who haven’t been following the finer details of this attempt to overthrow the U.S. government the past years. And that situation at the Capitol was really bizarre particularly if you’re not on to how these groups operate and how incredibly evil and corrupt the mainstream media has become.

Best to start with the question why people were able to get into the Capitol and onto the floor that easily.

This is fascinating, took a while to piece together, it also shows again Trump smarter than he lets on.

They very publicly announce a schedule for the day, protest at Ellipse then protest at the Capitol, Trump was very very vocal about get as many MAGA people in DC on the 6th as possibly the rally at began with a bunch of speakers but the President was 30 mins behind schedule speaking the Ellipse. This threw off everything in terms of tin as he waited to speak until pence began the process in capital. If you watched the proceedings on the senate floor they had these weird pauses at took random breaks, they were stalling too. By being 30 mins late for speaking , the President protected the supporters and stalled their march to the Capitol, hundreds of thousands of MAGA people were in th Ellipse when the riots started. The agitators who stormed the Capitol also disrupt peaceful protests by BLM, Breanna Taylor, George Floyd, and Trump rallies over the summer and into fall, they have continually gone into areas where peaceful protests have occurred, they incite violence and use legal protesters as human shields, they blend in because like yesterday in DC they dress in appropriate garb to blend in. The people in government buildings were 95% political radical activists and actors.

Had the President gone on stage on time , had he not talked for an extra 25 minutes everything would have been on schedule. He waited for the process on the Senate floor to play out, Pence betrayed him, at the point the crowds from the Ellipse should have be at the Capitol building but they were still listening to the President stall and go on in circles.

Where was the National Guard ? The mayor of DC called them in. Why were they not fortifying the Capitol? So the betrayal is complete. The radical dressed MAGA people are let in and the President wraps up his speech the second they’re opening up the Capitol to the rioters. Without the stall the MAGA march would have bee there at the same time….Herd mentality, they would have been emboldened by the actors and political radicals dressed as MAGA, the Capitol would have seriously been overwhelmed, it would have looked like complete and utter chaos and anarchy.

Instead, within the government buildings it’s basically just the paid actors and operatives. Because there’s no broad-scale coordinating going on via radio to what have you (too risky) the timing and plans go on according to the very public schedule displayed by both Congress and the President. As the Capitol is being run through by antifa and actors you see these staged photo ops of cops being chased but they are actually all working together, this was all staged but it’s missing the key ingredient it’s missing the hundreds of thousands of angry MAGA protestors to really incite the violence with sheer numbers.

This starting to make sense? Its one big movie set except the key piece isn’t there as the 500k MAGA supporters are still at the Ellipse being stalled by the President so it’s just the costumed radicals storming the unguarded Capitol. They had counted on this looking like the President ordered an overthrow of the government after Pence’s betrayal. And believe me, the mainstream media attempted to run with it anyway.

Instead of absolute mayhem requiring the mysteriously absent National Guard and an order to execute the 25th Amendment, it just exposed the operatives dressed as MAGA people raiding the Capitol on their own. President Trump pre-recorded a call for peace and to uphold the law, to go home and be safe. Facebook and twitter are blocking and banning and deleting this part but it’s out there.

I’m speculating here but what was supposed to happen was the National Guard under the orders of either Pelosi or Pence would arrest the President for trying to “overthrow” the government, the 25th amendment would remove him as sitting President.

This is why the National Guard, ordered by the DC mayor wasn’t on the steps of the Capitol like they should have been. They were surrounding the millions at the Ellipse, watching the President wrap up a 1 hour delayed speech while political radicals and antifa stormed the Capitol without the hundreds of thousands of MAGA people that should have been with them.

The President avoided walking into their trap as the Capitol was overthrown by actors.

Instead the hundreds of thousands of MAGA people and Trump were far away and hours behind completely in the clear, calling for peace .

So where is Trump now? He and his family flew to Texas, they’re in Abilene at the National Defense Command Center preparing to defend this country from the next step of this ongoing 4 year attempt to overthrow the U.S. government.

Grab your popcorn, the greatest movie ever has a killer ending.”

By Dr. Dannielle Blumenthal. All opinions are the author’s own. Public domain.