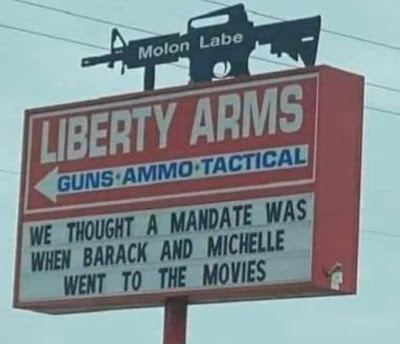 by Jack Suss aka WymanWicket.com/buy

The January 6 Stop-the-Steal Rally was, quite literally, an embodiment of what might be called “MetaParadox,” a many-sided paradoxical condition comprised of an ironic array of socio-cultural, political, technocratic, and spiritual complexities—whose overriding essence is greater than the sum of its parts. Here are the parts:

Although the black dogs of news are coughing up their usual fare, and those with less depth and breadth of understanding may lose faith, still, HONOR-as-truth-telling is indeed winning the day.

Trump’s “playing-with-fire long-game” will, I believe, succeed in bringing the Deep State and its Swamp to heel. And my certitude that our fearless leader will serve four more years is as certain as my sense that all of the treasonous snakes in our midst are about to meet a deep and resolute justice.

(Immediately coming to mind in support of this sentiment are some favorite sites: The X-22 Report, American Intelligence Media, and various interviews of “Juan O’Savin,” which all provide the needed anodyne.)

“Elitism” is simply a human sensibility, informing individuals or groups, that they possess a superiority-of-position based upon circumstance, knowledge, experience, and wisdom, and which then entitles them to lead. Their professional expertise exists beyond societal norms and general expectations. Elite status is obtained and optimized via access to specialized and esoteric sources.

Some Examples of Elites:

Elites, therefore, come in many shades and levels and allegiances: good, bad and ugly, defined as such by whether they attribute their positions in this world to the Providence of God or to they themselves (i.e., to a pact made with the Dark Side, wittingly or unwittingly).

How many out there have any notion about the difference between “public” law versus “private” law?—that the United States is a corporate entity caused by the machinations of the FDR administration bankrupting the country in 1933?—that common law courts are dead and that (preposterous as it sounds) you are really a straw man subject to admiralty law in the courts? That the U.S. Constitution is, de facto, in abeyance?—that the globalist British hegemony, UN/NWO/Soros-Rockefeller cancers, the Federal Reserve cabal and its unlawful IRS collection agency have enslaved the People?—that the so-called Patriot Act is nothing of the sort?

Don’t believe me?—go research it for yourself. See, for example:

More to the point, have a look at the work of Anna Maria Riezinger or that of Russell-Jay: Gould.)
—The facts at these sources are held to be true by both elite American patriots and many just-plain-folks.

Thus, there are two Americas: The United States of America (the originally designed constitutional republic — versus — USA, Inc. (the US corporation, covertly owned and operated by the Brits).

USA, Inc. limps along as a schizophrenic nation of dumbed-down populants presided over by actor-politicians, activist-actor-judges and a freakazoid mélange of corporate/military-intelligence operative/media propagandists who merely give lip service to a (de facto superseded) Constitution.

However, the Constitution for the united States of America cannot die, even by being “superseded.” It remains in the hearts of our countrymen-and-women as the integral foundation of our liberties and the supreme law of the land. (The same can be said of the Declaration of Independence.)

Consider the notion of rioting “peaceful” protesters.” These are leftists—communists, though calling themselves “socialists”—who are a radicalized segment from a mass of young, educationally brainwashed, and just generally libtard masses.

Strange as it may sound to uninitiated ears, American Patriots are fighting for the same thing that the commie leftists are fighting for: to bring down the corrupt, oppressive, false-fake-and-phony System. (Admittedly, that’s stretching things quite a bit, however…)

Surprised? Most anyone would be. Why?

The “why” revolves around the nature of what should replace that corrupt System: lefties want anything-goes communism, patriots want their constitutional republic restored, along with time-tested, traditional values.

And if we consider the Jan. 6 occupation of the Capitol—that it was Antifa/BLM in disguise that breached and led the assault to the inner sanctum—this serves to make the above point; the radical leftists were the violent tip-of-the-spear and the Patriots, riled up as they were by the RINO betrayal, a betrayal capped-off by VP Pence, they joined the fray, for better or worse.

In any event, the cowardly politicians within, who were in the very act of selling out their own country, were deserving of such uncontained wrath.

For this author, the bad guys are the enforcer thugs, viz., those fascist, “politically correct,” lefty morons who have been mass-produced by a debased university system, then subsidized by socialist NGOs and justified by radicalized Democrat apparatchiks; just as bad, however, are those fascist, “politically expedient” enforcers acting under color of law who abuse the God-given rights and sovereignty of the People.

The good guys are those who seek to live by the Golden Rule and the Rule of Law. Regardless of whether persons are acting in privately organized groups or as paid government employees, as long as they are acting on behalf of such “good guy interests” then they, too, are good guys.

But note: there is a huge swath of dumbed-down, mis-educated American “animules” between these extremes. Sadly, our younger generations of Americans have been denied; they, along with many of their parents, were not taught to think critically and soundly, to use logic and moral reasoning. These “poor bastards,” existing on both sides of the political divide, as a result can often be led by the nose because of deficient mental abilities (many, not all of course). More paradox.

Both trained terrorist libtards and Patriots are entangled in a technocratic, digital milieu that confounds most people’s ability to sort things out; and both sides are blinded by disinformation from the System and the controlled opposition to the System that caters willingly to all.

Bathed in electromagnetic frequencies from micro-wave frequencies, “vaccined” from infancy, fed a diet of deracinated food and drink and sub-par water, and with a cornucopia of prescribed and illicit drugs, showered from above by chemtrail heavy metals, and primed with irrational and erroneous material in schools and churches, it’s no wonder they are zombie-like, leaderless followers who are incapable of organizing themselves by themselves to be wholesome contributors to reflect the best that the Western tradition can be.

The result? You guessed it: 21st Century Schizoid Man. With the introduction of cybernetic warfare, tracking and facial-identification technologies, AI, cloning, robotics, drones, directed energy, thermobaric nuclear bombs from sky platforms, and enhanced satellite capabilities—not to mention those ubiquitous TVs constantly pounding away at our consciousness—21 Century Schizoid Man has a lot to overcome.

An associated polluting factor is spiritual warfare. Harder to articulate, yet perhaps even more insidious, the systematic dismantling of the Christian religion and interpolation of the dark occult in its place, has worked to debase American souls. Neo-Marxists have cleverly ushered in their Marxian atheistic underworld of materialistic modernity that scoffs at all things sacred and profane as being superstitious and irrelevant. Instead, we are tutored to accept a relativistic, amoral world based on a nihilism whose hallmarks are comfort, security, and self-indulgence—forget sacrifice and self-deprivation, discipline, self-control, courtesy and agape love.

But Trump supporters tend to be in a lot better shape, spiritually, than most. And all who showed up on Jan. 6 deserve a big “Thank you” for supporting our worn and weary president.

A Canadian expatriate friend of mine described the takeover of the Capitol this way:

“The world media slime are busy spinning it as Trump led, and perpetrated by misinformed rednecks who believe the election was stolen ‘when there is no evidence whatsoever’. Whether the gesture will have any lasting effect on the political traitor class will take time to tell, but for a brief and glorious moment the swamp creatures were able to feel that cold icicle of fear crawling up their ass while finally realizing that there are repercussions for selling out the citizenry…and they are not immune from retribution. If it causes a few of them to hesitate a microsecond before shoving their snouts back into the trough, it won’t have been in vain. The spark has been lit and the only question now is how long the delayed action fuse will smoulder until things go off.”

Trump, we must always remember, occupies a dual, schizoid role as CEO of USA, Inc. and as (the would-be) president of the United States of America, if the republic was more viable at the moment (—but give him four more years and we shall see!). It is because Trump must wear the CEO hat that he leans so heavily on the regulatory, i.e., the “policing” side of law and order.

The polar compliment to the regulatory side of law is the emancipatory function that needs to be free from aggressive police intrusion to be effective. This means: “Free speech, the right to protest, the right to challenge government wrongdoing, due process, a presumption of innocence, the right to self-defense, accountability and transparency in government, privacy, press, sovereignty, assembly, bodily integrity, representative government,” as John W. Whitehead of the Rutherford Institute has noted. And here, Trump is a champion as well.

In the milieu of our degenerated society, the greatness of Making America Great again can be found in personal accountability for reasonable and moral conduct: of, by, and for all liberty-loving People, the true sovereigns of this nation. Restoring our HONOR in this way is a big step forward toward restoring our constitutional republic and getting it back onto its true foundations.

One more thing: This rally occurred on the Feast of the Epiphany of Our Lord, a feast that celebrates “manifestation.” In terms of the life of Jesus, three manifestations are celebrated: (1) the miraculous star that guided the Kings of the East and the shepherds to the scene of his Nativity; (2) the voice at his baptism by St. John proclaiming, “This is my beloved Son in Whom I am well-pleased”; and (3) the manifestation of His divine power when He turned water to wine at the Marriage feast of Cana.

The Jan. 6 Stop-the-Steal Rally was a manifestation of the Light in the eyes and the minds and the passion of Patriots (and even, paradoxically, in those trained terrorists acting as Trump supporters!). In this light, the Jan. 6 brouhaha is but one Meta-Paradox among others.

Pres. Donald Trump’s ingenuous toolbox seems inexhaustible. This Rally will ultimately weigh in the favor of Patriots as more masks fall off and ever more traitors all fall down. In this respect, the work of our 45th president has established a new mythological standard—Trumpian—which perhaps surpasses the Herculean one of past ages. Taken as a whole, I commend the Trumpian dynamism and vision, warts and all. He is the best and brightest leader we’ve had in a very long time. May God bless him and his fine work!