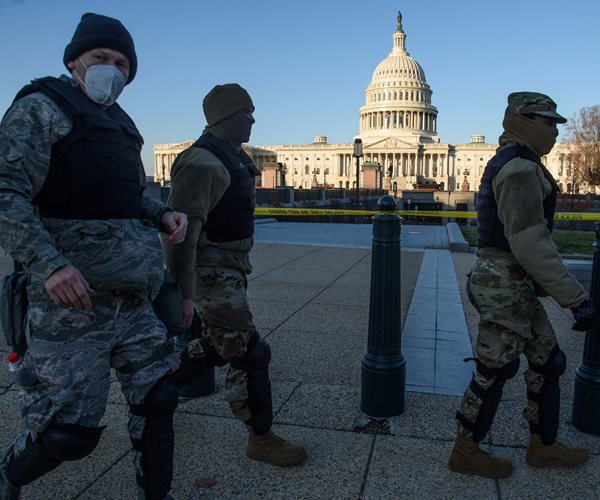 The Defense Department has formally activated roughly 6,200 members of the National Guard from six northeastern states to help support the Capitol Police and other law enforcement in Washington in the wake of the deadly riot Wednesday that rocked the U.S. Capitol.

Acting Defense Secretary Christopher Miller signed orders activating the National Guard from Virginia, Pennsylvania, New York, New Jersey, Delaware, and Maryland for up to 30 days. A defense official said the goal is to have Guard members help secure the U.S. Capitol and the surrounding area through the Jan. 20 inauguration of President-elect Joe Biden.

The Guard members are arriving over the next several days. A total of 6,200 have been activated, but the exact number of troops that will actually get to the city may be less than that, depending on who is available in each state. The Guard won’t be armed, but will have riot gear and protective clothing, said the official, who spoke on condition of anonymity to provide troop details.

The orders come a day after protesters broke into the U.S. Capitol, forcing Congress members to halt the ongoing vote to certify Biden’s election and flee from the House and Senate chambers.

Four people died in the melee, including a protester who was shot by police. The vote was later completed after the building was cleared.