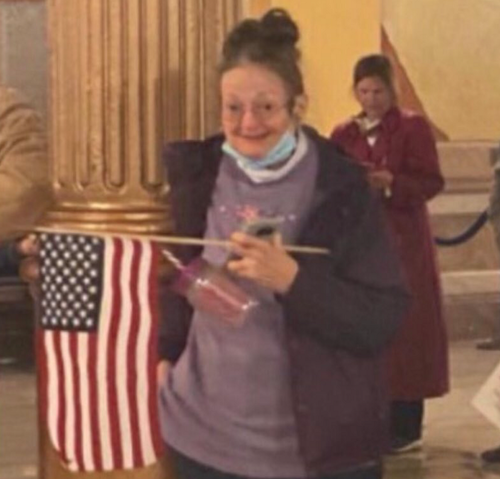 Authored by Michael Tracey via Medium.com,

We are being told that a “coup attempt” no longer needs to be understood as constituting an “attempt” to seize control of the government – as had generally been the common understanding of the term before the events of yesterday, which have caused the entire political and media establishment to go completely haywire.

Is it unusual for a mob to breach the Capitol Building – ransacking offices, taking goofy selfies, and disrupting the proceedings of Congress for a few hours? Yes, that’s unusual.

But the idea that this was a real attempt at a “coup” – meaning an attempt to seize by force the reins of the most powerful state in world history – is so preposterous that you really have to be a special kind of deluded in order to believe it.

Or if not deluded, you have to believe that using such terminology serves some other political purpose.

Such as, perhaps, imposing even more stringent censorship on social media, where the “coup” is reported to have been organized. Or inflicting punishment on the man who is accused of “inciting” the coup, which you’ve spent four years desperately craving to do anyway. He’s already been effectively banned from Facebook, Instagram, and Twitter — a rubicon-crossing event in the suppression of political speech which, of course, is being cheered by all the usual suspects who otherwise claim to be stalwart defenders of enlightened liberal values.

At no point yesterday was the American government at risk of being “overthrown,” as members of Congress have laughably suggested. Per usual, our guardians of consensus can’t bring themselves to describe what unfolded with any degree of dispassion or calm. Instead we’re told by the incoming Senate Majority Leader, for example, that January 6, 2021 will now “live in infamy” right alongside December 7, 1941. Elected officials issued emotional notices that they were “okay,” like they had just narrowly avoided being crushed in an earthquake, or escaped the World Trade Center on 9/11. This is made all the more odd because the only person upon whom lethal force was committed appears to have been a Trump-supporting woman who was shot point-blank in the throat by a Capitol Hill police officer. She’s now dead. Congress was temporarily inconvenienced.

Journalists and pundits, glorying in their natural state – which is to peddle as much free-flowing hysteria as possible – eagerly invoke all the same rhetoric that they’d abhor in other circumstances on civil libertarian grounds. “Domestic terrorism,” “insurrection,” and other such terms now being promoted by the corporate media will nicely advance the upcoming project of “making sure something like this never happens again.” Use your imagination as to what kind of remedial measures that will entail.

Trump’s promotion of election fraud fantasies has been a disaster not just for him, but for his “movement” – such as it exists – and it’s obvious that a large segment of the population actively wants to be deceived about such matters. But the notion that Trump has “incited” a violent insurrection is laughable. His speech Monday afternoon that preceded the march to the Capitol was another standard-fare Trump grievance fest, except without the humor that used to make them kind of entertaining. Trump didn’t command that his followers physically breach the Capitol Building. In fact, after previously saying he would join the march, he seems to just have gone home to tweet and watch TV. So, basically his normal routine on a typical day, minus a trip to the golf course.

Trump has never had the concentration, organizational acumen, or ideological coherence to mount a bonafide “coup,” and a mob intrusion which was swiftly dispersed by armed agents of the state doesn’t change that. Shortly after the breach, he released a video instructing his followers not to take Senators hostage or imprison Mike Pence, but to “go home.” No factions of the federal government joined the mob on Trump’s orders, because he didn’t bother issuing any. The whole episode never stood a the remotest chance of preventing the certification of Joe Biden, much less overthrowing the government. It was just another goofball charade, and in that sense a fitting end to the Trump presidency.

Still, there are many people who in positions of power who would like you to believe that a real-life “insurrection” is genuinely underway, and to develop a kind of exaggerated mythical understanding of what occurred at the Capitol. Because it will enable them to seize additional powers – not through a “coup,” but through the vast inflation of an alleged threat, which is always how they do it.

Note from MT: If you enjoyed this piece, please consider a contribution. If you didn’t, I profusely apologize. PayPal: https://paypal.me/mctracey Patreon: https://www.patreon.com/mtracey