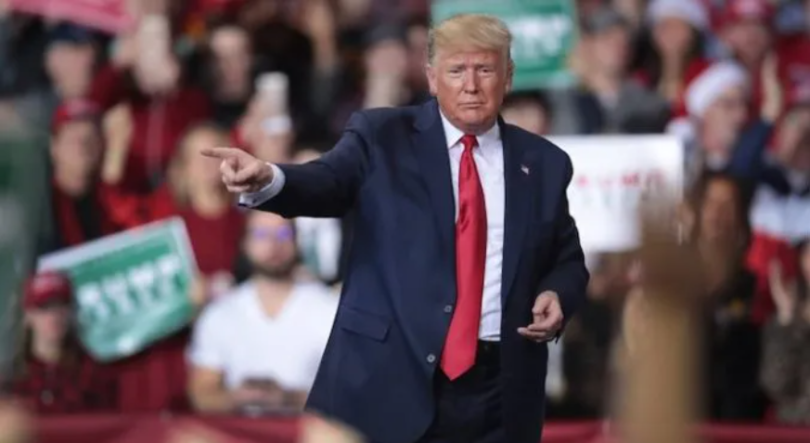 Deep State officials in Washington, D.C. have slammed the pro-Trump rally planned for January 6 as an “extremist event.”

Despite this, however, Deep State officials are still choosing to label the rally as an “extremist event” that will likely result in violence:

District of Columbia Attorney General Karl Racine is preparing for another round of protests in the nation’s capital next week, when supporters of President Trump are expected to travel to Washington to protest Congress’ certification of Joe Biden’s Electoral College victory in the 2020 presidential election.

“My level of anxiety is high. My preparation is even more intense than that,” Racine told CBS News chief Washington correspondent Major Garrett in this week’s episode of “The Takeout” podcast. Racine is worried the far-right, white supremacist group known as the “Proud Boys” will return to the District and “pick fights, create damage, damage property, and then act in a very threatening way” towards historic Black institutions in the city like the group did in mid-December 2020.

“[President Trump] literally really has given breath, fresh air and encouragement to hate groups. Hate is up dramatically since the president came into office,” Racine added.

Breitbart.com reports: The upcoming rally also caused the closure of a hotel and bar in D.C. that is a popular gathering place for conservatives after pressure from activists claiming the Proud Boys controversial group would use the property as a base for illicit activities, including inciting violence from Antifa followers.

Antifa and Black Lives Matter activists have gathered at the BLM plaza D.C. Mayor Muriel Bowser created as part of protests taking place across the country in recent months in the name of racial justice. Many downtown businesses remain shuttered and more are closing their doors after Bowser put new lockdown orders in place because of the coronavirus.

The Hill reported on the Harrington Hotel and Harry’s, the hotel’s popular bar, and the decision to shut down:

“Washington, D.C. has been our home for 106 years and we join with all of our guests, visitors, staff and neighbors in our concern and desire for everyone’s health and safety,” the statement read.

“We greatly appreciate the trust our guests have placed in Hotel Harrington over the years and we wish to continue to earn that trust,” the statement continued. “While we cannot control what happens outside of the hotel, we are taking additional steps to protect the safety of our visitors, guests and employees.”

According to the rally website and the featured video, organizers are encouraging people to come to the nation’s Capitol next week:

We the People must take to the US Capitol lawn and steps and tell Congress #DoNotCertify on #JAN6! Congress cannot certify this fraudulent Electoral College. Our presence in Washington D.C. will let Members of Congress know that we stand with Rep. Mo Brooks and his colleagues in the House of Representatives who will bravely object to the certification of the Electoral College.

“D.C. Mayor Muriel Bowser said the city government urged the bar to close early on Dec. 11-12 due to the protests,” the Hill reported. “Several social justice organizations have called on their members to call the bar to request it condemn the Proud Boys and close during pro-Trump demonstrations, according to the [Washington] Post.”