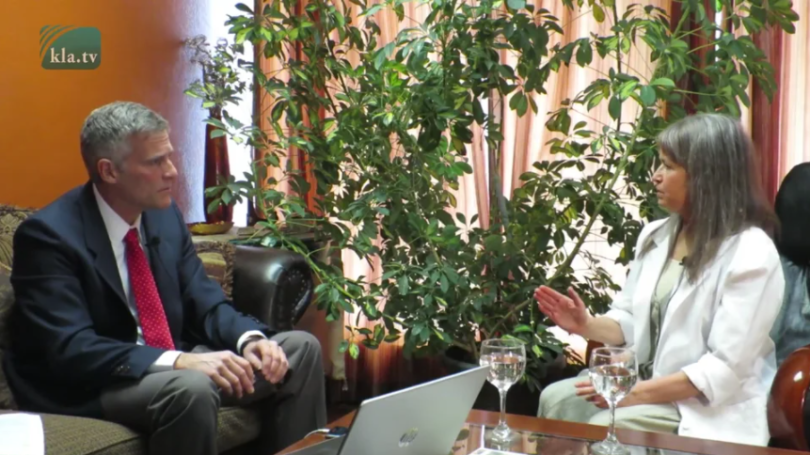 Submitted by Our Greater Destiny

Dr. Annie Buracek is a medical doctor for over 30 years

VIDEO TRANSCRIPT BELOW | The full interview was disabled/censored by YouTube https://www.youtube.com/watch?v=UHH8UW2mosc

NARRATOR [N] Hospitals were being paid to diagnose Covid. That’s one incentive to keep this thing going.

N Lack of evidence that this virus even exists, CDC admitting the tests are flawed, and more and more doctors speaking the truth. Why then is the false narrative pressing on? I think about the financial angle in all of this. Recently you wrote an open letter to your local board of health and in it you said “If I had known about the financial incentives for diagnosing covid19 at that time, I would have included that in my talk.”

N: So what else is there in terms of incentives that we didn’t cover the first time?

There is also the CARES Act 2020. Whatever the payment is for that hospitalization, they get 20% more than that if they can attach covid to it.

40% of the people in Montana have been tested at this point, over 400 million. And if they’re making $100 per test, there’s millions of dollars being made just to do the testing. That’s another level.

There is also a lot of money being made locally by doctors, hospitals, clergy, and nursing home administrators, teachers, and the public school system. That is one thing most people don’t realize, and the biggest portion of those payments, and we’re talking billions of dollars nation wide, comes from the CARES Act 2020.

We knew early on that people were being incentivized to not work. Individuals, everyday folks were getting $600, $1,200, $2,400 but the bulk of the CARES Act 2020 money is not going to everyday people. A sizeable portion is actually going to banks, and on a local level a lot is going to hospitals, doctors, clergy, churches, nursing home administration.

Just with the PPP, paycheck protection plan, $7.9 billion was given to churches, clergy, and that’s just for PPP. There are other payments they got probably upwards of $12, 13, $14 billion given to clergy.

So when people see that their churches are sill closed down, or you see some that opened up, mine, and they’re closing down again, there’s a very good chance they’re getting paid to do that. They’re getting money. They are getting the government dollars. People need to go to their pastors, and go to their accountants if their church is still closed down after all this time, and ask how much money are you making to do this to us? To abandon your parishioners, in my opinion.

N: And how much longer do you expect us to continue tithing?

Dr: Yes, exactly. So that’s what people need to do on that level.

N: And we can assume that money is not doled out quite as freely to any doctor who doesn’t follow the covid protocols.

Dr: Yeah, and a lot of it is going to administrators. I don’t think it’s trickling down. There were some articles on that, where you could see it was the administrators who were getting it, the boards and that kind of thing. $175 billion to hospitals and doctors.

And the nursing homes. That’s something we talked about briefly the last time, it’s the torment of older people in nursing homes, going without seeing family month after month.

I thought at one point they were well intentioned and mis-guided but then I find out that $4.9 billion was given to nursing homes. So, when they’re isolating grandma and grandpa from their kids, grandkids, and great grandkids there’s a financial incentive to do that, they’re getting paid to do that.

It’s close to upwards of $20 billion that went to public schools from the CARES Act.

There is also money that went to governors, like our governor in Montana got $1.25 billion, and he’s doled out over $400 million of it. $90 million of it went to public schools. There’s a lot of money to be made to shut down the schools, keep the parishioners away from each other, keep the nursing home residents away from their people [family], there is financial incentive for that.

Most people don’t know that. All you have to do is type in ‘CARES Act 2020 reimbursement’
https://www.churchlawandtax.com/web/2020/march/overview-of-cares-act-for-churches.html

There was a nursing home in El Paso that got $20 million.

There are a lot of nursing homes making a lot of money to torture and torment elderly people.

N: It’s the governor’s prerogative to decide how that money is spent.

I would present my data based on CDC data. They would just glaze over it and smile and nod, and it was perplexing to me. And then once I found out the financial incentives it all made sense.

The paper said over 50 of us went to a city council meeting and they shut down the meeting because we weren’t masked. They felt like they were in danger. So, ever since that meeting they haven’t been letting the public in. They’re sitting there in that room, 9 or 10 of them with their masks on, 6 feet apart, and the public is not allowed in BECAUSE THEY ARE GETTING PAID TO DO THAT KIND OF THING! They are making money keeping the public out and continuing the fear mongering. There is a lot of money being made.

The CARE Act was $2.2 trillion. Trillions of dollars, and it’s being given out, and it’s basically having the effect of promoting the fear mongering.

N: Would you say I am mis-characterizing it if I say all this money, all this big money, is just WHOLESALE BRIBERY to keep the fear mongering going, and keep the whole thing moving?

Dr: I think that is a legitimate explanation. HUSH MONEY, I’ve heard people use that term. Hush money for the doctors.

N: With all this bribery going on, with the fear mongering continuing, you could say it’s a huge uphill battle

N: Speaking of our last interview, one of the things that hit me is that hospitals were being paid to diagnose covid.

April 2020, Dr. Annie Bukacek was among the first to publicly shine a light on the real virus currently plaguing humanity, which is the Global Reaction to COVID-19, and not the alleged virus itself. https://www.globalresearch.ca/dr-annie-bukacek-real-virus-plaguing-humanity/5719468

Without Prejudice and Without Recourse
Doreen A Agostino
http://freetobewealthy.net
Via ethernet to safeguard life