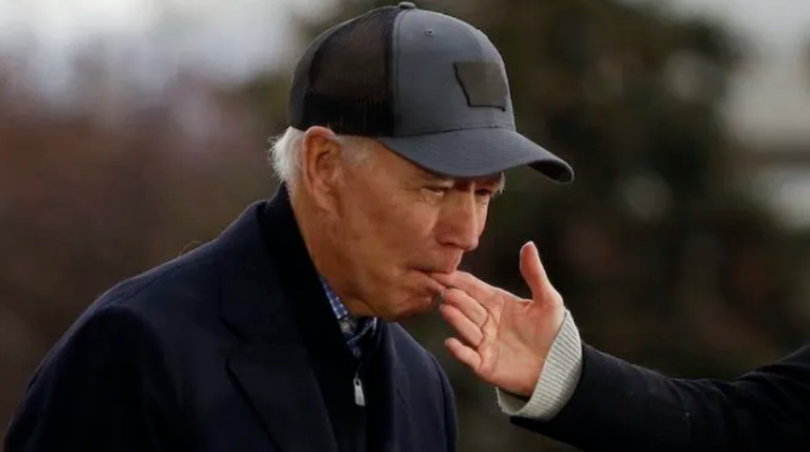 The Washington Post has warned its readers that denying a Biden presidential victory is akin to denying the Holocaust ever took place.

In a shocking editorial published Wednesday, WaPo authors Deborah E. Lipstadt and Norman Eisen argue for the radical comparison of challenging the 2020 election results with denying that a Nazi Holocaust, the “best-documented genocide in the world,” ever occurred.

The Op Ed, titled “Denying the Holocaust threatens democracy. So does denying the election results,” makes several offensive comparisons while offering tips on how to combat such “denial.”

Breitbart.com reports: Claiming to have “learned the hard way” to take Holocaust denial seriously, the authors state they have “watched with alarm the birth of another powerful disinformation mythology,” referring to the “false conviction pushed by Trump and his enablers” that the recent election was “stolen.”

Noting that such a comparison is highly extreme, the authors assure readers that it was not made “lightly.”

“As students of history, we do not make this comparison lightly,” they wrote.

The pair also sought to associate the president’s challenge of election results with racism, claiming that “[the president] and his cohort are openly targeting strongly minority jurisdictions with their false claims.”

Another comparison to Holocaust denial is presented in the magnitude of “falsehoods.”

“Also like the denial of the Holocaust, the sheer scale of Trump’s electoral falsehoods is staggering,” they wrote.

After assuring the reader that “Trump is not, of course, Adolf Hitler,” the authors state that both “adopted the propaganda technique of the big lie” before quoting Hitler to prove so.

The authors conclude the essay explaining how the “painful comparison” can teach how to fight back against “democracy denial,” using lessons learned from combatting Holocaust denial.

Those lessons include attacking “Trump’s big lie” before it takes further hold, as well as denying “purveyors of the ‘big lie’” respectable platforms “in polite national society.”

“We would not allow a Holocaust denier to speak on evening news programs or have free rein on social media,” the authors write unequivocally. “Old and new media alike should no longer give a platform to these dissimulations, starting with Trump’s.”

In 2011, she told Ha’aretz, “When you take these terrible moments in our history, and you use it for contemporary purposes in order to fulfill your political objectives, you mangle history, you trample on it.”

She also claimed that politicians who invoke the Holocaust for contemporary political purposes are engaging in “Holocaust abuse,” which is similar to “soft-core denial” of the Holocaust.

Yet in September, Lipstadt argued that it was appropriate to compare 1930s Germany and what critics call Trump’s breaking of norms as she endorsed an ad released by the Jewish Democratic Council of America (JDCA) that draws parallels between the rise of fascism in Germany and the Trump presidency.

Eisen, a frequent Trump critic, served as the “ethics czar” in the Obama White House as well as special counsel to the House Judiciary Committee from 2019 to 2020 where he was an architect of the House Democrats’ failed impeachment strategy against President Trump.

Obama later appointed Eisen as Ambassador to the Czech Republic.

Prior to joining the Obama administration, Eisen founded a left-wing organization called Citizens for Responsibility and Ethics in Washington (CREW).

Despite the post’s attempt to hijack any legitimate discussion surrounding the recent election, a vast majority of Republican voters believe the election results are not valid and that illegal voting and fraud took place, with 79 percent believing the election was outright stolen, according to a recent survey.

Far from fighting “election denial” with facts, on Sunday the Post printed a widely-condemned cartoon depicting well over a hundred named Republicans who “collaborated” with the president in contesting the 2020 election results as gruesome rats, conjuring up Holocaust-era incitement.

Rep. Andy Biggs (R-AZ) was one of several to point attention to the “reprehensible” depiction.

“The Nazi-style depiction in today’s paper is a foreshadowing of outrageous attacks that will endanger our liberties and incite violence against the Post’s chosen political enemies,” he wrote.

Today’s Washington Post depiction of Republicans as “rats” was reprehensible. Democrats and their allies in the media can’t win the war of ideas, so they resort to dangerous and despicable personal attacks that purposefully endanger the freedom of their political opponents. https://t.co/9ORyHf9JoM