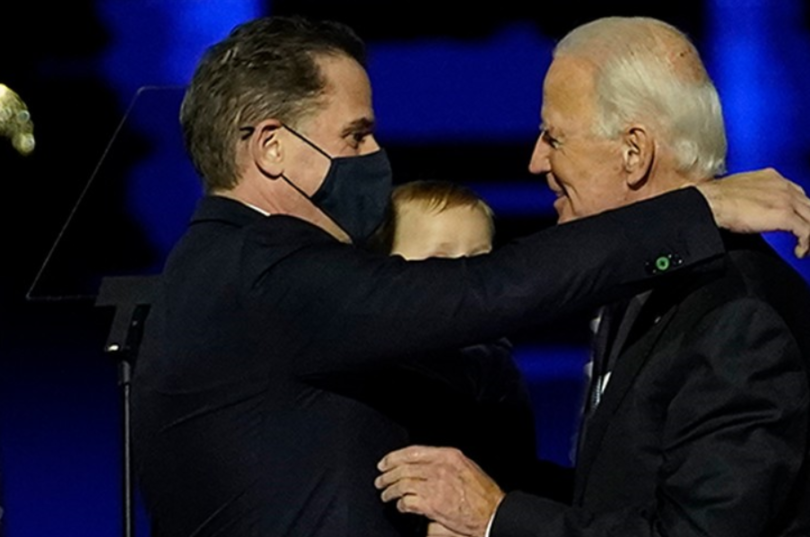 You may have noticed a shift yesterday after news that Hunter Biden was under federal investigation broke. Suddenly, as if the memo had gone out, the media were interested. Multiple mainstream media outlets, including CNN and Politico, put out reports actually saying that Hunter Biden’s issues were worse than his father’s transition team statement let on.

That may be all well and good, but no one should forget how these “journalistic” outfits treated the very same story when it could have cost Joe Biden the election. We know about the censorship of the New York Post, but it wasn’t just that. News outlets also actively tried to discredit the story despite having no evidence it was false and ample evidence it was true.

In fact, as I reported yesterday, it’s been known since late October that Hunter Biden was indeed under investigation. Not a single member of the mainstream media reported it. They will now try to act as if the latest admission by the Bidens somehow constitutes this as new. It’s not new (see Flop Sweat Builds as Hunter Biden Admits He’s Under Federal Investigation).

Media are going to join Hunter Biden in pretending that it's news he's under federal investigation. In fact, our corrupt media actively and blatantly suppressed @jamesrosenTV's October 29 report of same as part of their meddling in the 2020 election. https://t.co/54LrFhqp6b

Want some examples of just how ridiculous things got pre-election? Check out these shot-and-chasers of how the media covered Hunter Biden then and how they are doing so now.

NPR gets money from taxpayers. pic.twitter.com/CaFfpvtNTG

Politico before & after the election 🧐 pic.twitter.com/xyb5pX8Qi0

I don’t have one to post for CNN, though we all know it exists. In fact, one of our writers checked yesterday evening, many hours after the story had broken, and CNN had still not reported on the news. To be fair, they have now covered it as of last night, but they’ve also released their potato squad to trash right-wing news for covering it “out of proportion.” In other words, they are still trying to quash the story.

These news outlets are absolute trash. They will not tell you the truth unless they feel like it’s safe politically for them to do so. It wasn’t safe pre-election because all of this would have likely brought Joe Biden down. The margins in the swing states that decided the election were razor-thin. A small shift in the suburban vote and President Trump would have been re-elected without a fight. The media chose to interfere in an election and likely changed the result.

The media also feel it’s safe to cover this now because they don’t care if Joe Biden ends up going down. They think they get Kamala Harris if that happens. It’s all so cynical, but it’s totally expected for a media establishment that has ripped the mask completely off the last decade.