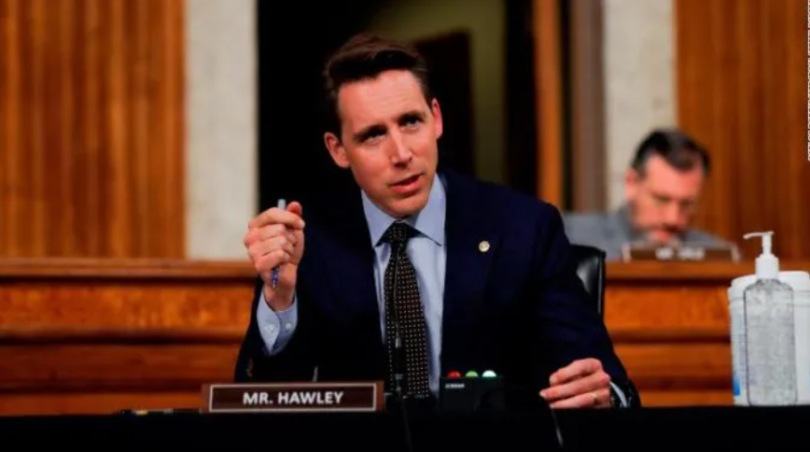 This is when both chambers of Congress meet to formally approve the results of the 2020 presidential election.

Millions of voters concerned about election integrity deserve to be heard. I will object on January 6 on their behalf pic.twitter.com/kTaaPPJGHE

Breitbart reports: In a news release, Hawley said he will object “to highlight the failure of some states, including notably Pennsylvania, to follow their own election laws as well as the unprecedented interference of Big Tech monopolies in the election.”

The release said Hawley will “call for Congress to launch a full investigation of potential fraud and election irregularities and enact election integrity measures.”

In a segment airing on Saturday, U.S. Rep.-elect Marjorie Taylor Greene (R-GA) told The Kyle Olson Show that her colleagues will object to electors from six states.

If Hawley or other senators object to each one of those, that action will trigger a process in which each body will debate allegations of voter fraud and election irregularities in each one for two hours apiece, or up to 12 hours.

“Following both the 2004 and 2016 elections, Democrats in Congress objected during the certification of electoral votes in order to raise concerns about election integrity. They were praised by Democratic leadership and the media when they did,” Hawley said.

Hawley said he will follow in the footsteps of Democrats who objected to votes in the races in which President George W. Bush was reelected in 2004 and President Donald Trump was elected to his first term in 2016.

“I cannot vote to certify the electoral college results on January 6 without raising the fact that some states, particularly Pennsylvania, failed to follow their own state election laws,” Hawley declared.

“And I cannot vote to certify without pointing out the unprecedented effort of mega corporations, including Facebook and Twitter, to interfere in this election, in support of Joe Biden. At the very least, Congress should investigate allegations of voter fraud and adopt measures to secure the integrity of our elections. But Congress has so far failed to act,” he said. “For these reasons, I will follow the same practice Democrat members of Congress have in years past and object during the certification process on January 6 to raise these critical issues.”

The new Congress is scheduled to be sworn in on January 3.