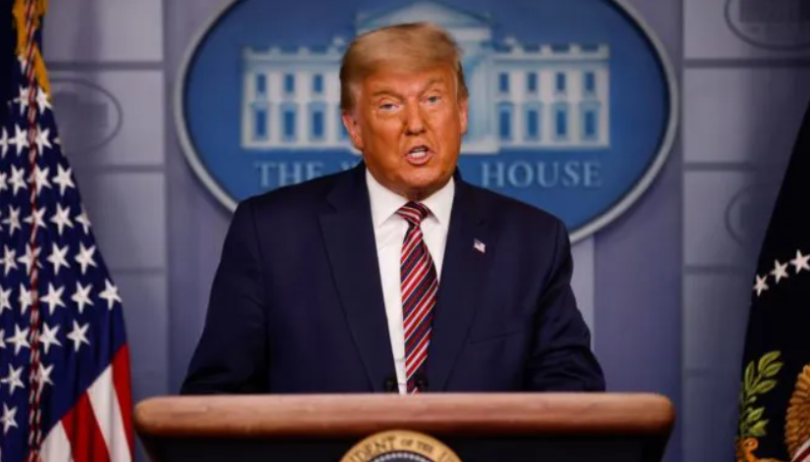 President Trump has slammed the media for not covering any stories that cast Joe Biden in a negative light.

During a phone-in interview with Fox News’ anchor Maria Bartiromo, the President spoke about the rigged election and the Hunter Biden scandal…..”the media doesn’t want to talk about it,” Trump said

“They know how fraudulent this is. It’s no different than Hunter” he continued.

“They don’t want to talk about Hunter, so they totally closed it off, big tech and the media, other than The New York Post.”

“As you remember, which took a lot of heat. It was terminated,” Trump continued.

“But it’s a situation, the likes of which, we don’t have freedom of the press in this country.

“We have suppression by the press.

“They suppress. You can’t have a scandal if nobody reports about it“

“This is the greatest fraud in the history of our country, from an electoral standpoint.

“What is bigger than this? This is the essence of our country.

“This is the whole ball game. And they cheated.”

Fox News reports: Trump also repeated his call to repeal Section 230 of the Communications Decency Act of 1996 pertaining to liability protections. The legislation protects social media companies from being sued based on information users post to their site, as well as allows but does not require social media companies to moderate content.

“It’s massively powerful, it’s massively corrupt – the media and Big Tech,” Trump said. “Section 230 should be taken out because that’s the protection that was given artificially to them. But it’s a massive form of corruption and silence and suppression.

“Like, for instance, this conversation that we’re having right now, they will only take if there’s something that was slightly off like you or I mispronounced a word, you or I, that will be the story,” he continued. “And yet they won’t talk about Hunter Biden. Never talk about it until Biden stole millions and millions of dollars. And if you do talk about them, they take you off their platforms. No, it’s massively corrupt.”