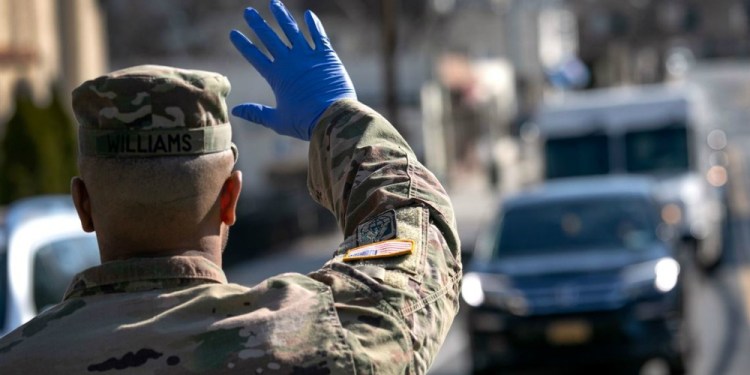 No, the President is not going to invoke martial law in order to seize servers or force a new election.

Rumors have been flying for at least two weeks that President Trump is going to invoke martial law in order to properly secure 2020 election voting machines and possibly to force a new election. There have been other reasons floated as to why the President must use such dramatic measures to set the record straight. Some of the rumors have been coming from very high places, people who have demonstrated knowledge of such things.

I’ve received at least a few text messages, emails, and DMs every day for over a week asking if it’s about to happen. One good friend had his physical gold shipped to his home. Trump supporters are both worried and excited about the prospects of finally getting to the bottom of the election fraud that has manifested into an attempted coup. I even found myself wondering if martial law was possible following Friday’s unexpected ceasing of briefings with the Biden transition team followed by a meeting that included General Michael Flynn. But the President put those rumors to bed with a simple Tweet just after midnight this morning:

The people are antsy, and rightfully so. A couple of my writers accepted the possibility of martial law if that’s what it’s going to take. But there are three things to keep in mind when considering the possibilities. First and foremost, martial law is not needed in order to win this election. I know mainstream media, Big Tech, every Democrat, and too large of a chunk of Republican lawmakers have said December 14 was the deadline since electors were already set. That’s simply incorrect. Joe Biden does not become the President-Elect until January 6th, which gives us plenty (albeit less than we’d like) of time to find the “MOAB“—Mother Of All Bombshells—that will open the door to any number of ways to correct the election.

Technically, we have until the only day relevant to the Constitution, Inauguration Day on January 20, to turn this election around. But it sure would be nice to have it all conveniently fixed before Congress meets in a joint session to count the electoral votes.

Second, martial law is the type of action that must be reserved for public safety emergencies. Yes, correcting the election is an emergency and people will be put in harm’s way if it’s not corrected, but martial law simply isn’t necessary. Trump’s attorney Rudy Giuliani has floated the idea of using the Department of Homeland Security to secure the voting machines, but there are legal issues with that strategy according to White House counsel Pat A. Cipollone.

Third, using the military to try to set things right will present incredible challenges on two fronts. It will taint the collection of evidence in the eyes of the courts since military seizures do not fall under the same chain of custody rules. It will also instantly shift optics of the matter in the eyes of many citizens, even those who support President Trump. I, for one, would not be very happy if martial law were invoked for any reason at all, even an emergency, unless people will die as a direct result of not invoking it.

I have lost absolutely zero respect for those who wanted it to happen. It’s completely understandable considering what’s at stake. Some of us believe that this country will not be able to survive the devastation of a Democrat-controlled nation in this day and age. We suffered through two years of President Obama with a Democrat majority in the House and Senate and we are still trying to recovery from much of what was done during that short time. Under Biden and with the current direction of the Democrat Party, it seems like this could be the end of our way of life and of American exceptionalism forever.

We need to hang in there. As I’ve said since before the election, President Trump was certain to win the election itself and Democrats were certain to try to steal it. And the whole time, I said it will come down to God’s will. We can and should hope and pray for the proper results to come to light, but our duty is to His will above our own desires. He knows what we do not. Does that mean we can stop fighting? Absolutely not! We must continue and hope that the MOAB drops soon. Through it all, I’m still at 85% sure that President Trump will serve his second term.