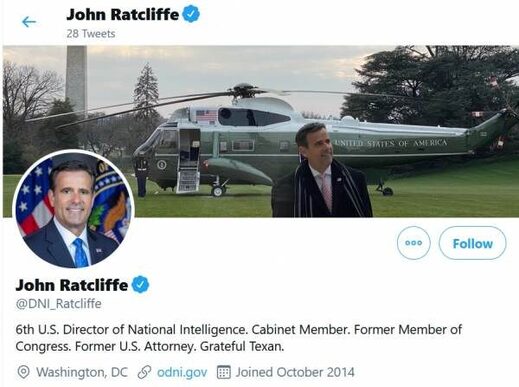 Former Representative and now current Director of National Intelligence, John Ratcliffe, tweeted out today that he joined the President at the Army – Navy football game:

Ratcliffe then changed the profile picture on his Twitter account to a picture of Ratcliffe standing in front of Marine One.

The Army – Navy game is an important annual event in the US annually but perhaps this year there is added meaning.

We have reported that per an Executive Order of President Trump’s in 2018, DNI Ratcliff is required to provide a report to him 45 days after the election. December 18 is that date.

Wonder what might have been discussed during their time together?