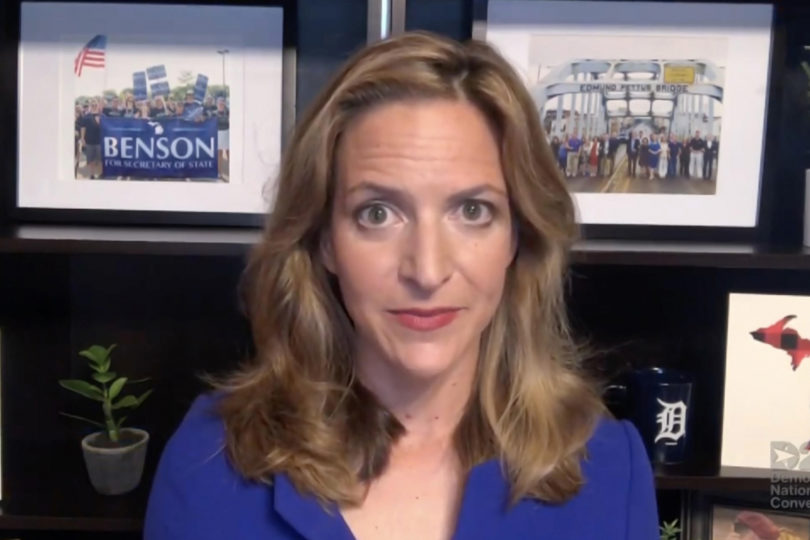 A memo has been issued from Michigan’s Secretary of State to destroy Election data.

The Michigan State Republican Party Friday sounded an alarm about an ethically questionable memo authorized by Michigan Secretary of State Jocelyn Benson that “is pushing for the mass deletion of election data.”

In a memo to County Clerks earlier this week, Secretary of State Jocelyn Benson told clerks to delete Electronic Poll Book Software and associated files, despite multiple calls for an audit of the election – including a bipartisan request from the Wayne County Board of Canvassers. According to the Michigan Bureau of Elections, this data should not be deleted if, “a post-election audit is planned but has not yet been completed,”.

“Secretary Benson’s move to request the deletion of election data amidst bipartisan calls for an audit is just another example of her putting partisan politics over what’s best for Michigan.” said Michigan Republican Party Chairman Laura Cox. Cox continued, “With election irregularities rampant across the state, it is vital that we have this audit before any election data is deleted. Secretary Benson’s move to delete this data before an audit raises a serious question, what are the Democrats hiding?”

The answer seems clear: Their THEFT of the Presidency through coordinated, criminal, election fraud.

The December 1, 2020, memo from the Michigan Bureau of Elections, an agency overseen by Benson’s office, that read, “[Electronic Poll Book] software and associated files must be deleted from all devices by the seventh calendar day following the final canvass and certification of the election (November 30, 2020) unless a petition for recount has been filed and the recount has not been completed, a post-election audit is planned but has not yet been completed, or the deletion of the data has been stayed by an order of the court or the Secretary of State.”

The order targeted data contained in Electronic Poll Book software and in files contained on laptops and USB drives using during the election.