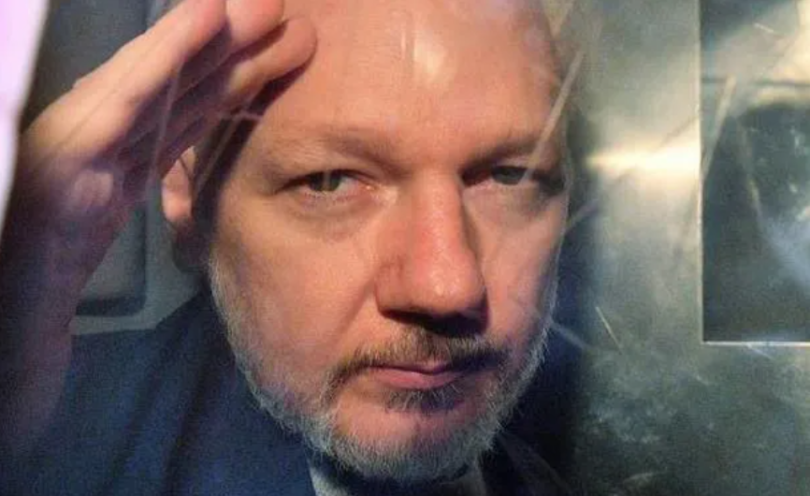 WikiLeaks founder Julian Assange formally requested a pardon from President Trump on Tuesday morning according to the Gateway Pundit.

The formal request follows a claim on Monday by Trump ally Pastor Mark Burns, that the president was about to pardon Assange. While the pastor ended up retracting his statement, due to “faulty sources”, it was clearly a move that people from both sides of the political spectrum would be in support of. Before being retracted the tweet gained over 75,000 “likes” on Twitter.

GateWay Pundit reports: Assange’s fiancé Stella Morris, the mother of his two young children, has previously called for a pardon — but a formal request was not filed with the White House until this week.

Assange is imprisoned in the United Kingdom pending a decision about his extradition to the United States where he faces charges under the Espionage Act for his publication of the Iraq and Afghan War Logs. If convicted he could face a maximum sentence of 175 years for the “crime” of publishing material that the US government did not want the population to know.

In 2018, President Trump’s attorneys quietly made a case in defense of WikiLeaks throughout legal filings responding to a lawsuit filed by Democrat Party donors who alleged that the campaign and former advisor Roger Stone conspired with Russians to publish the leaked Democratic National Committee emails.

Buried within hundreds of pages of case filings, in a motion filed in October 2018, Trump lawyer Michael A. Carvin argued that under section 230 of the Communications Decency Act (47 U.S.C. § 230), “a website that provides a forum where ‘third parties can post information’ is not liable for the third party’s posted information.”

“That is so even when even when the website performs ‘editorial functions’ ‘such as deciding whether to publish,’” the filing contends. “Since WikiLeaks provided a forum for a third party (the unnamed ‘Russian actors’) to publish content developed by that third party (the hacked emails), it cannot be held liable for the publication.”

This defense holds true for the war log releases that Assange has been charged for publishing.

“In addition, the First Amendment generally denies the government power to punish truthful speech,” Carvin wrote. He added that privacy cannot justify these violations of core First Amendment norms. The filing then refers to the 1989 case of Florida Star v. B.J.F., in which it was determined that “punishing truthful publication in the name of privacy” is an “extraordinary measure.”