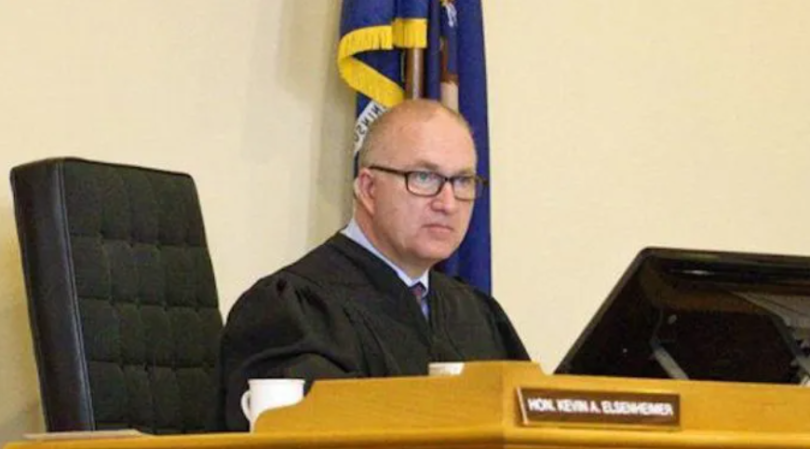 A Michigan judge has authorized the release of a controversial and disputed report on the audit of Dominion Voting Systems, which claims the machines were “designed” to “create systemic fraud.”

The report covers the forensic audit of Dominion’s machines in Michigan’s Antrim County.

13th Circuit Court Judge Kevin Elsenheimer ordered the report’s protective order to be lifted on Monday night, allowing details of the audit to be made public for the first time.

Erik Grill, the assistant attorney general for Michigan, told the court that is it important for the public to note that the report is “inaccurate, incomplete, and misleading.”

“The electronic ballots are then transferred for adjudication,” the report continues.

“The intentional errors lead to bulk adjudication of ballots with no oversight, no transparency, and no audit trail.

“This leads to voter or election fraud,” Ramsland Jr. explains.

“Based on our study, we conclude that The Dominion Voting System should not be used in Michigan,” he added.

“We further conclude that the results of Antrim County should not have been certified.”

Washingtonexaminer.com reports: The Antrim County case has gained outsized attention from President Trump’s legal team and its allies, given that it was the same county where an apparent glitch temporarily invalidated 6,000 votes erroneously tabulated for President-elect Joe Biden instead of Trump. Despite the broader implications related to the presidential election, voter William Bailey filed the litigation to challenge a local marijuana retailer proposal that just barely passed because a few damaged ballots were not included in a retabulation.

The report said Allied Security Operations Group observed an error rate of 68.05%, which it said is far above the “allowable election error rate established by the Federal Election Commission guidelines” at 0.0008% and “demonstrated a significant and fatal error in security and election integrity.” The report also included a jab that appeared to be directed at Antrim County Clerk Sheryl Guy, a Republican, for not updating the software, which resulted in the vote flip that temporarily put Biden ahead of Trump.

“Antrim County failed to properly update its system. A purposeful lack of providing basic computer security updates in the system software and hardware demonstrates incompetence, gross negligence, bad faith, and/or willful noncompliance in providing the fundamental system security required by federal and state law,” the report said. “There is no way this election management system could have passed tests or have been legally certified to conduct the 2020 elections in Michigan under the current laws.”

The Washington Examiner reached out to the Michigan attorney general’s office for comment about the release of the report.

In a separate case, a group of Republicans, represented by a team of attorneys, including Sidney Powell, have petitioned the Supreme Court to overturn the results of the election, and the group also asked the high court to review findings from the forensic audit of Dominion Voting Systems equipment in Antrim County.

Dominion Voting Systems, whose machines were used in Antrim County and in other places across the country, has vociferously denied the allegations about the company being involved in a massive voter fraud scheme, billing them as being part of a “disinformation” effort.

The Washington Examiner reached out to Antrim County, the defendant in the case, for comment about Monday’s hearing and the report’s release but did not immediately receive a response.

Trump’s legal team and its allies have filed a litany of lawsuits in Michigan and other states won by Biden in hopes of overturning the election. They have been almost entirely unsuccessful in their pursuits. Biden won Michigan by more than 150,000 votes.