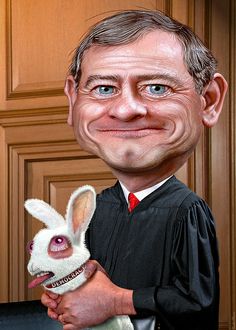 ROCKPORT, Me., July 31 — With two seizures in his medical history, the latest yesterday, Supreme Court Chief Justice John G. Roberts Jr., has a greater than 50% risk for a third, and may require antiepileptic drugs, specialists said today.

The second event, 14 years after the first, was suffered by Roberts at his summer home in Port Clyde, about 50 miles from here, and was classified by physicians as idiopathic and “benign.”

But one epilepsy authority pointed out that no seizure is truly benign, and rather than idiopathic, the event might be better characterized as cryptogenic.

Roberts, 52, spent the night at the hospital and was discharged today after a neurologic workup.

Having had two known unprovoked seizures, his risk for a third is high, said epilepsy specialist Jacqueline French, M.D., on behalf of the American Academy of Neurology. She put the risk at greater than 50%.

The use of the term “idiopathic” also implies that the source of Robert’s seizures is thought to be genetic, which is unlikely, given that his first seizure occurred when he was 38, long past the age when epilepsy of genetic origin would become manifest, said Dr. French, a professor of neurology and co-director of the epilepsy center at the University of Pennsylvania.

“In an adult, the likelihood of a genetic source is low — it’s not zero, but it’s low,” said Dr. French in an interview. “But if there’s no known source at all we would call it cryptogenic, We don’t know, because it hasn’t been revealed, whether this is a focal onset seizure or a generalized onset seizure. One would have to presume that this is general onset, which is by far the most common kind in adults.”

According to the American Academy of Neurology, nearly two million people in the United States have epilepsy, with an age-adjusted prevalence of 6.8 per 1,000, and the cumulative incidence is 3.1 per 1,000 persons per year.

More than half of all partial onset seizures in adults are cryptogenic. In cases where the seizure origin is known, the problem could be caused by stroke, traumatic brain injury, central nervous system infection, cerebrovascular disease, or other causes.

“Anything that can injure the brain can pretty much result in a seizure disorder,” she said.

Roberts was reported to have had a thorough neurologic workup, which should include MRI and EEG, according to Dr. French. Other sources add CT into the mix as a helpful tool for evaluation.

In addition, because he has experienced two seizures, albeit far apart, his risk for having a third would likely warrant starting him on a mild antiseizure medication, Dr. French said.

“In general, when the diagnosis is epileptic seizures and there has been a second one, generally the physician weighs the risks vs. benefits of starting a seizure medication, and arrives at a decision on the basis of the circumstances, which could include how often the individual has been having seizures and what is the likelihood of having additional seizures without medication,” Dr. Schachter said in an interview.

The AAN guidelines on treatment of new-onset epilepsy includes the following recommendation:

“Patients with newly diagnosed epilepsy who require treatment can be initiated on standard antiepileptic drugs such as carbamazepine, phenytoin [Dilantin], valproic acid [Depakene, Depakote], phenobarbital, or on the new antiepileptic drugs lamotrigine [Lamictal], gabapentin [Neurontin], oxcarbazepine [Trieptal], or topiramate [Topomax]. Choice of antiepileptic drugs will depend on individual patient characteristics.”

They also found that there were insufficient data to make a recommendation for tiagabine (Gabtril), zonisamide (Zonegran), or levetiracetam [Keppra] in patient with newly diagnosed epilepsy.