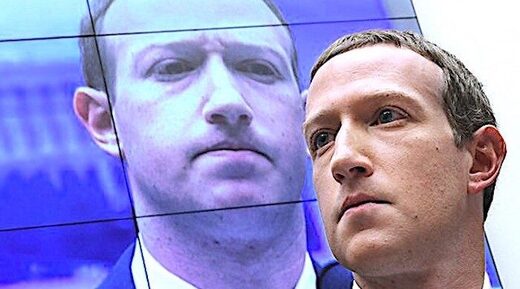 The Fulton County Board of Commissioners voted to accept a $6.3 million grant from the Mark Zuckerberg funded Center for Technology and Civic Life “Safe Elections” project at a September 2, 2020 board meeting. It proceeded without asking a single question about the name of the group providing the funding, the origin of the funding, or the details of what the funding would be used for.

As Breitbart News reported, a significant chain of custody security concerns surround absentee ballots deposited in the 300 drop boxes across the state approved by the Georgia State Election Board.

The office of Georgia Secretary of State Brad Raffensperger said it had no idea how many of the 1.3 million absentee ballots (out of five million total votes cast) counted in the 2020 general presidential election were delivered by drop boxes vs. delivered by the mail.

According to the most recent vote tallies Joe Biden leads Donald Trump in Georgia by less than 12,000 votes.

Here is the transcript of the commission’s vote to accept the $6.3 million grant from CTCL at their September 2, 2020 board meeting.

CLERK GRIER: “Mr. Chairman and Members of the Board, we have an item that needs to be added to today’s Regular Meeting Agenda. Bottom of the Add-on memo on page 3, 20-0627, Registration and Elections. Request approval of a grant award for elections processing and voting equipment.”

CHAIRMAN PITTS: “All right. That will require a supermajority of five yeas. I’m assuming that this one is time sensitive, so I’ll entertain a motion to -”

CHAIRMAN PITTS: “And I vote, yes. Is that five?”

“I went this summer and sought some grant funding, which the BOC approved today for over $6.3 million, and we’ve also received $5 million in COVID funding. And then with the $3.5 million soundings request today, that totals $14.5 million more in additional investments for we’re going to be — we were able to secure a lot of new polling places for, if we clean them afterwards, we got tech-support at all voting locations, postage and absentee ballots that we have to mail out.”

Here are the summary budget details of the proposal Baron sent to the CTCL on August 18, which they accepted and the Fulton County Board of Commissioners approved on September 2:

Barron went on to describe the Fulton County 2020 general election absentee ballot process in some detail:

“Some details on the absentee ballot process. Secretary of State launched an application portal earlier this week for voters to request absentee-by-mail ballots, and that enables a completely paperless application submission.

“We are also working with U.S. Digital Response, to have our own portal that will allow voters to upload their application, and then it will also allow us to bring in, scan in all of the ballot applications that we received by mail, and also by fax, into that so that we can process everything from one dashboard. The voter, of course, will be able to track the status of their ballot as it is processed by elections.

“Our portal, the one that is being built by U.S. digital response, is intended to replace the e-mail submission process. Voters will be able to track the status of their processed application and mail ballot by My Voter page. Outgoing ballots, the mail-out ballots for all absentee ballot applications that have been received and processed into election by mid-September. After that, the County will mail out the absentee-by-mail ballots.

“New printing capabilities will enable the County to print a USPS intelligent mail barcode onto outbound envelopes, so that the ballot will be trackable until it reaches the voters’ residents. We’ll be doing that through our Blue Crest machine that is downstairs in the mailroom. We are also increasing the number of absentee ballot drop box locations from 20 to 40. The new locations include almost all of Fulton County libraries and County-owned facilities. That 92 percent of the voters live within three miles driving distance of a drop box location.

“And then all drop box locations will be covered by 24/7 video monitoring and will be emptied daily. Ballots or envelopes that — when voters return absentee-by-mail ballots, the envelopes will have a barcode tracking IMDB on them in order for us to know how many ballots we will be receiving on a daily basis.

“Beginning in 2021 we will be add software to our Blue Crest downstairs that will enable us to put voter-specific USPS barcode tracking on there. But that is not available this year. We will have new automated letter opening devices that will save significant staff time and accelerate ballot receipt processing. We’ll also have new scanning and signature verification technology, which will also reduce staff time and speed up processing.

“So when ballots come back to us, we will run them through our Blue Crest machine, and that will do the signature verification. State policy now allows ballot processing to begin two weeks prior to election day, whereas in June and August, it was one week. This will enable us to manage the surge in volume of ballots.

“Originally, the budget for Registration and Elections was 15.1 million, when it was adopted for fiscal year 2020. The core election’s budget was 3.1 million supplements for general election’s year with 12 million — it was $12 million. We also had a capital set-aside fund that was approved in 2019 to purchase carriers and, also, the buses and to add personnel.

“This year we — I went this summer and sought some grant funding, which the BOC approved today for over $6.3 million, and we’ve also received $5 million in COVID funding. And then with the $3.5 million soundings request today, that totals $14.5 million more in additional investments for we’re going to be — we were able to secure a lot of new polling places for, if we clean them afterwards, we got tech-support at all voting locations, postage and absentee ballots that we have to mail out. We purchased much more additional polling equipment and also, funding for poll workers in those additional investments.

Fulton County Commission Vice Chairman Marvin Arrington, Jr. praised Barron for securing the $6.3 million grant from the entity no commissioner publicly named, but which was in fact, the Zuckerberg-funded CTCL “Safe Elections” Project.

“Great job in getting the grants and going out securing these additional resources to make sure that, you know, we can always do better. Obviously, I know no one is perfect, but you’ve done — you and your team have done a great job and the elections board in going out and securing these extra grants. So that is certainly to be applauded.”