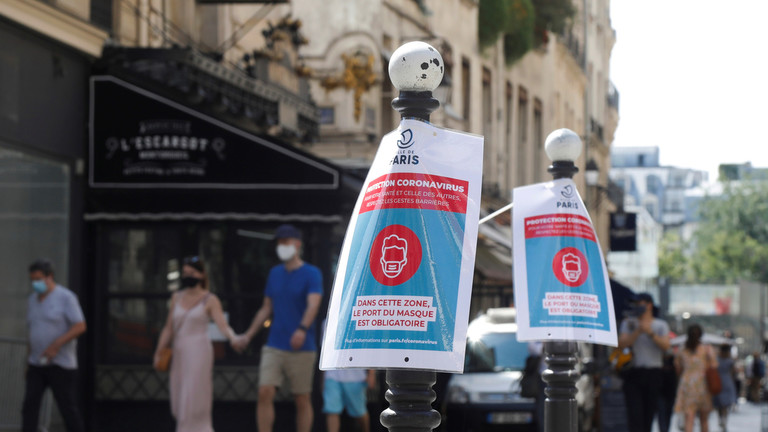 French citizens who decline to take the coronavirus vaccine will be barred from public transportation, among other places, under a controversial “Green Passport” plan set out in a draft law that’s now on its way to parliament.

Gaining the support of Prime Minister Jean Castex’s cabinet earlier this week, the bill proposes to deny “access to transport or to some locations, as well as certain activities” to those unable to prove that they received a “preventative treatment” for Covid-19, including a vaccine, or produce a negative virus screening.

The draft bill has been harshly denounced by members of the opposition, with the spokesman of the right-wing National Rally party (RN), Sebastien Chenu, accusing the government of planning a “health dictatorship.” RN head Marine Le Pen, meanwhile, blasted the proposed measure as “essentially totalitarian.”

“In a backhanded way, this bill does not aim to make vaccinations mandatory, but will prevent anybody who doesn’t comply from having a social life.”

The center-right Republicans party (LR) also condemned the bill, with deputy leader Guillaume Peltier saying it was “inconceivable” that officials would “get all the power to suspend our freedoms without parliamentary control.”

A member of President Emmanuel Macron’s La Republique En Marche party, Amelie de Montchalin, shot back at the critics, insisting the hot-button bill is “not at all made to create exceptional powers for the government” or establish an authoritarian “health state.”

The draft law is headed for a vote as the government prepares to roll out its mass vaccination drive on Sunday. While the European Union approved an immunization developed by Pfizer and BioNTech this week, opinion polls suggest French citizens remain deeply skeptical about the new jab. Several recent surveys showed more than 50 percent of respondents saying they had no intention of taking the vaccine, which could present obstacles for the government’s goal to inoculate 15 million people by June.

The measures contained in the new bill mirror a recent Supreme Court ruling in Brazil, which laid the ground for similar restrictions on those refusing the vaccine. Insisting it would be unconstitutional to require citizens to take the jab, the court nonetheless determined that “sanctions” could be imposed on the unvaccinated, including prohibiting them from certain public places. Brazilian President Jair Bolsonaro, who vocally opposed the ruling, suggested it could see citizens placed under “house arrest.”

Israel has also signaled that it will introduce a “green passport” system, under which citizens will receive a card after their final vaccine dose allowing them to “enter places that will still be restricted to other populations.” The government is still working out the kinks in the plan, however, with the country’s health minister deeming it a “difficult logistical operation.”