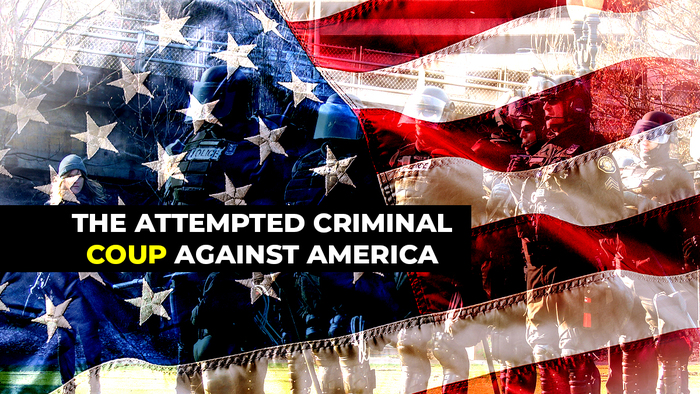 A new report by CD Media reveals that far-leftists are scheming how to take over the White House, Congress and a myriad of federal buildings following the election.

No matter who wins, disruption is the name of the game for these extremists who have developed “a well-coordinated plan to shut down federal buildings (including the White House), public transportation portals, and disrupt Congress when it returns post-election.”

Leaked video footage depicts federal workers discussing “actions and decisions” that will need to be made within their “immediate spheres of influence” in order to bring about the desired coup d’etat.

One woman is seen and heard discussing preparations for various left-wing activist groups to cross “red lines,” suggesting the escalation of protests to riots and other more extreme forms of “demonstration.”

Fellow comrades, as the woman in the video puts it, need to “think about different actions that can be taken well beyond street protests and demonstrations, kind of sustained organizing and action.”

In another leaked video, a group called Shut Down D.C. details plans to accomplish what its name suggests: the full shutdown of Washington, D.C.

As for Congress, the plan is to send them “back to where they came from.”

Video footage of this second call was removed by YouTube, of course, which claims that it violated the platform’s “Terms of Service.”

More related news about Big Tech censorship can be found at Censorship.news.

One of the “revolutionaries” ringleading these efforts is Lisa Fithian, who is encouraging likeminded folks to bring their guns, if necessary, to take over the capital.

You can be sure that Black Lives Matter (BLM) and Antifa will be involved in the melee, should it end up materializing as planned. Non-scalable fencing has also been installed around the perimeter of the White House to keep out any potential invaders.

The websites SunriseExposed.com and ExposeSunrise.com both contain a trove of footage, documents and other evidence to show what the agitators have planned beginning on Nov. 4 and continuing through Inauguration Day.

The Sunrise Movement, by the way, is a far-left activist organization founded in 2017 that currently maintains legal “non-profit” status. A “disaffected insider” from the group is said to be the leaker behind the information posted at these two websites.

All around D.C., plywood is going up to try to minimize the impact of these planned invasions. Reports indicate that areas around not only the White House but Lafayette Square and all down Pennsylvania Avenue is being boarded up to protect businesses and federal buildings against attack.

Police Chief Peter Newsham claims the city has not received any “credible threats of violence,” though there have been a number of requests filed for demonstration permits.

“We welcome people to come to the District of Columbia to exercise their First Amendment right, but we won’t tolerate violence or unrest,” Newsham stated.

D.C. Mayor Muriel Bowser further stated in an announcement that parking restrictions and possible road closures will occur throughout the area on Election Day, with a “wait and see” approach for after the election.

“We also know that some people would like to cause mayhem or trouble,” Bowser stated, noting that she has not called in the National Guard for assistance.

“We don’t have any specific thing to report to you about that, but we will tell you that we are preparing to ensure the city’s safety.”