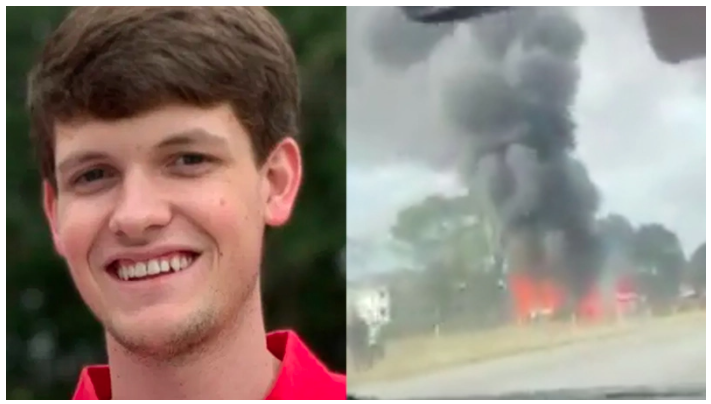 A staffer and close family friend of Georgia Gov. Brian Kemp died in a tragic car wreck Friday morning, hours after the governor called for a signature audit of 2020 election votes.

Local media reported 20-year-old Harrison Deal, an aide to Sen. Kelly Loeffler, former intern to Sen. David Perdue and boyfriend of Kemp’s daughter Lucy, was the only person who died in a fiery three-car wreck on I-16 in Pooler.

See footage of the fiery wreck below:

What a sad loss of an outstandingly gifted young man. I hope this truly was an accident. The @BrianKempGA announcement to audit signatures is harmless for those with nothing to hide, & fightin words for those with something to hide. Not good #HarrisonDeal
Harrison Deal car fire: pic.twitter.com/MvhNeLrGg7

Eyewitness testimony sounds so awful, mentioning hearing multiple explosions. It also appears that Harrison Deal was pulled off to the side of the road beyond the shoulder with at least two other vehicles. I hope Chatham county does a thorough investigation https://t.co/rHWP1v99Bc pic.twitter.com/7pqcLpW96Q

Witnesses reportedly heard explosions from the crash over a mile away. 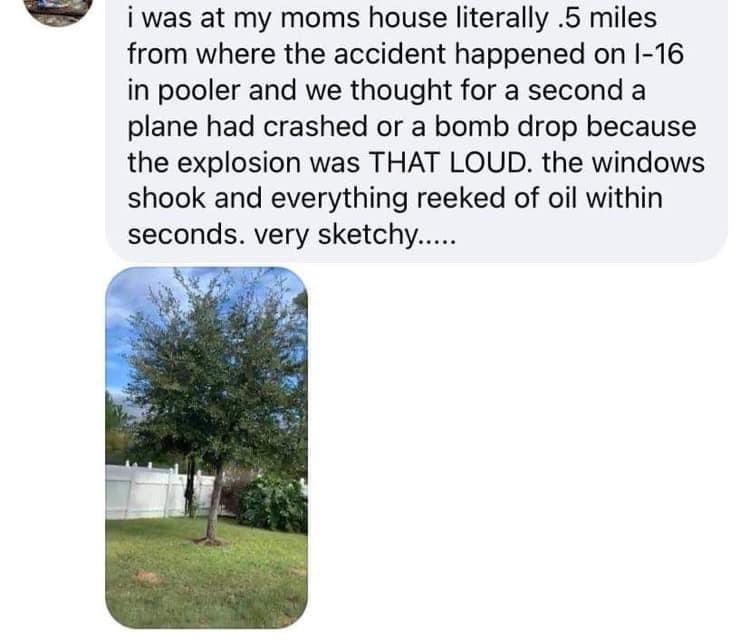 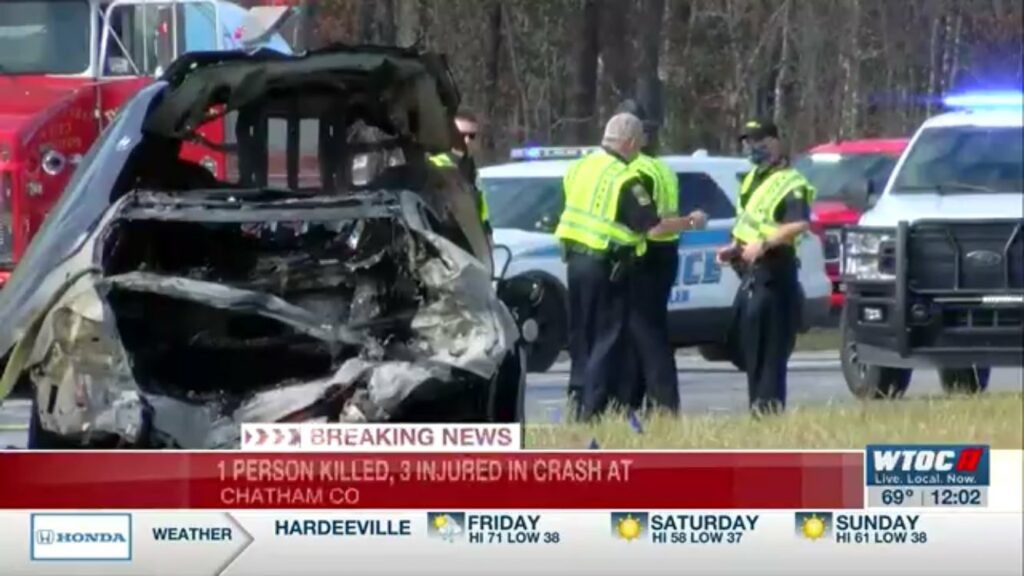 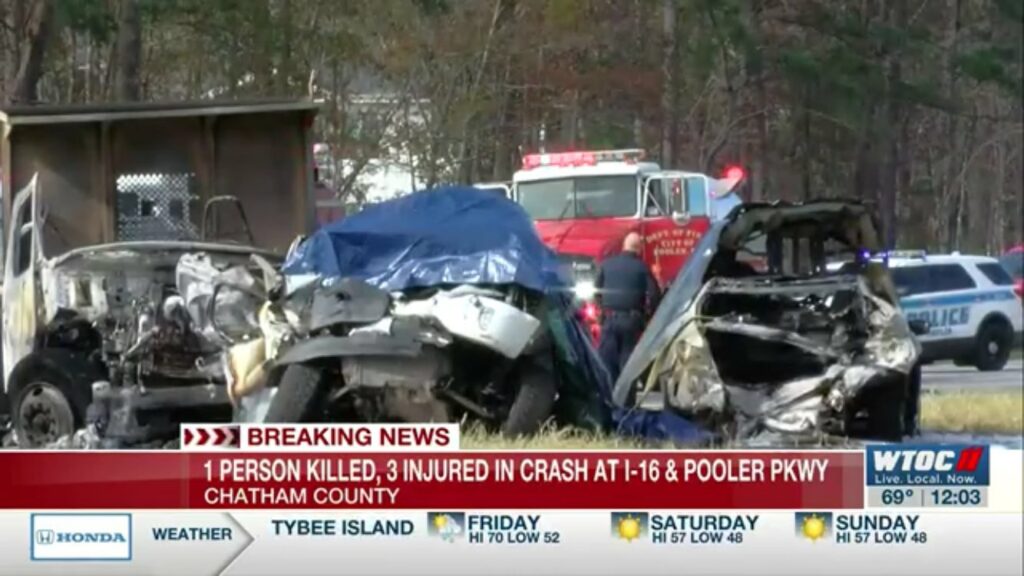 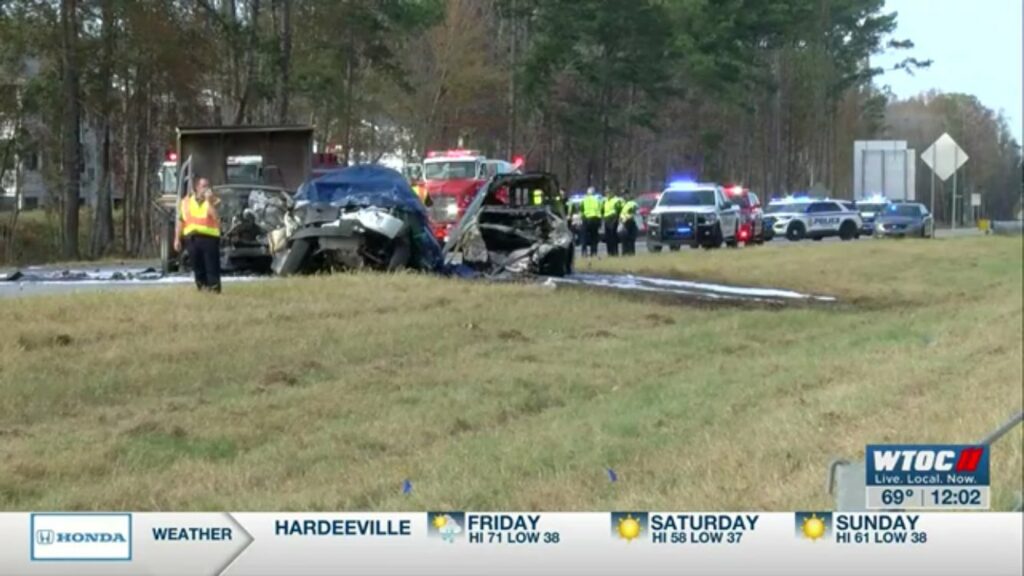 The cause of the wreck is still being investigated, according to the New York Post:

“The investigation is underway and may take some time,” according to Pooler police spokeswoman Lindsey Heintzman, who initially said Saturday that the investigation could take over a month, without elaborating.

Statement from the Kemp Family on the Passing of Harrison Deal: pic.twitter.com/l5uSWuo05H

Trump also expressed condolences for Deal during his rally in Georgia Saturday.

Deal posted a tribute to Gov. Kemp on his Facebook page two days before he died. 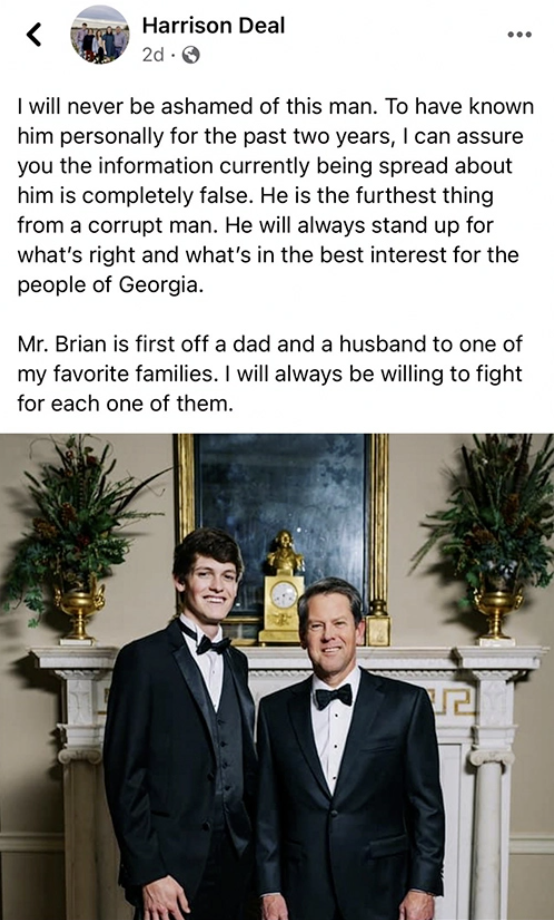 Following Deal’s death, many on social media questioned whether there could be a dark motive behind the wreck.

#HarrisonDeal car exploded (witnesses heard the explosion over a mile away). Vehicle left as molten metal, engine block ejected 50-60 yards away. That’s not an accident. That’s a car bomb disguised as an accident. pic.twitter.com/wdgWkn6MDp

I am a first responder. This one does look a little odd/unusual.

Investigative journalist Michael Hastings met a similar fate. Check out who he was collecting info on pic.twitter.com/gla2g58sb9

No fuckin way that’s a car crash. That thing exploded.

That’s not a car crash! That’s a message

This is not an accident. It's a message to Kemp in regards to yesterday's decision to audit the votes.

Killing the boyfriend inflicts maximum psychological trauma- Kemp knows they can do this to anyone close to him= max fear, AND he has to watch his daughter in anguish knowing he’s the source= max guilt & trauma for a parent.

Not a crash. The Deep State is playing for keeps.

No one can look at that and not smell the c4.

What took him so long???

This is BASIC election integrity ignored until now… pic.twitter.com/xK6fIJY2aj

However, the Washington Post reported via an anonymous source Saturday that Trump called Kemp that morning urging him to convene a special legislative session to demand an audit of signatures, which the governor allegedly refused.

But you never got the signature verification! Your people are refusing to do what you ask. What are they hiding? At least immediately ask for a Special Session of the Legislature. That you can easily, and immediately, do. #Transparency https://t.co/h73ZfjrDt3

The Republican Governor of Georgia refuses to do signature verification, which would give us an easy win. What’s wrong with this guy? What is he hiding?

Could Deal’s explosive wreck have been a mere tragic coincidence, or a timely threat from the Deep State?

⚠️ ANSWER: Because they just KILLED Kemp’s daughter’s boyfriend as a message to Kemp: HELP TRUMP AND WE KILL YOUR DAUGHTERS. That’s why. #HarrisonDeal It was a CAR BOMB disguised as an accident. Explosion heard >1 mile away, engine block ejected 60 yards. pic.twitter.com/S752NpYPOB