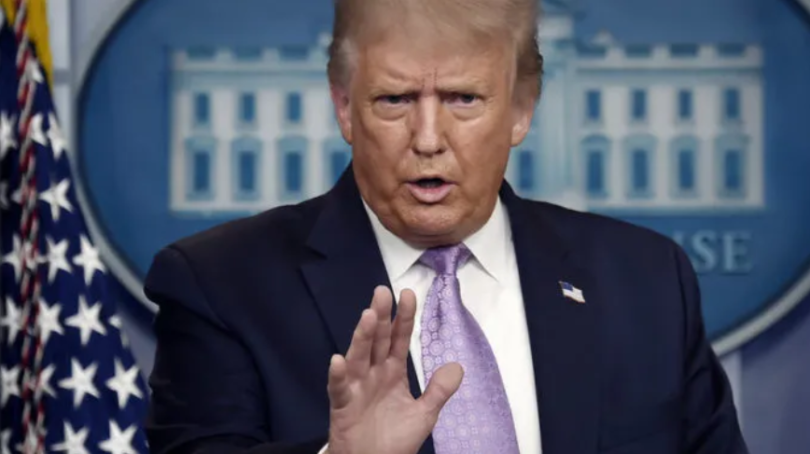 President Trump vetoed the annual $740 billion defense bill and sent it back to Congress.

The bill included a number of partisan amendments, including a block on the withdrawal of troops from Afghanistan.

Last week Trump said he would veto the bill because it would not allow for the removal of US military from other countries.

I will Veto the Defense Bill, which will make China very unhappy. They love it. Must have Section 230 termination, protect our National Monuments and allow for removal of military from far away, and very unappreciative, lands. Thank you! https://t.co/9rI08S5ofO

RT reports: Trump announced he had vetoed the National Defense Authorization Act (NDAA) on Wednesday, making good on an earlier promise to send the annual defense spending bill back to Congress to be reworked.

The NDAA “fails to include critical national security measures, includes provisions that fail to respect our veterans and our military’s history, and contradicts efforts by my Administration to put America first in our national security and foreign policy actions,” Trump said in a statement.

It is a “gift” to China and Russia.

The NDAA, which allocates defense funding for fiscal year 2021, passed both houses of Congress with bipartisan support, as it has for 59 straight years in a row. It passed the Senate with a veto-proof majority, so senators will now return to Capitol Hill after Christmas either to amend the legislation, or to vote to override Trump’s veto.

Responding to Trump’s note, House Speaker Nancy Pelosi (D-California) said she will re-convene the chamber on Monday to override the veto.

Trump had no issue with the bill’s massive allocation of funds to the US military, since he has repeatedly bragged on the campaign trail about increasing that spending. Instead, the president focused his criticism on a number of provisions tacked on to the bill by his political opponents.

Among them are provisions that would prevent him from withdrawing US forces from Afghanistan without congressional approval, and allow for the renaming of US military bases with Confederate names.

Trump also promised to veto the bill if it did not include a provision to repeal Section 230 of the Communications Decency Act, which shields social media companies from legal action over content posted on their platforms.

Though the NDAA has passed Congress every year for nearly six decades, Trump is not the first president to reject it. Barack Obama vetoed the 2015 iteration of the NDAA, claiming that the version he was presented with included Republican-crafted loopholes that bypassed his proposed budget cuts to the military.