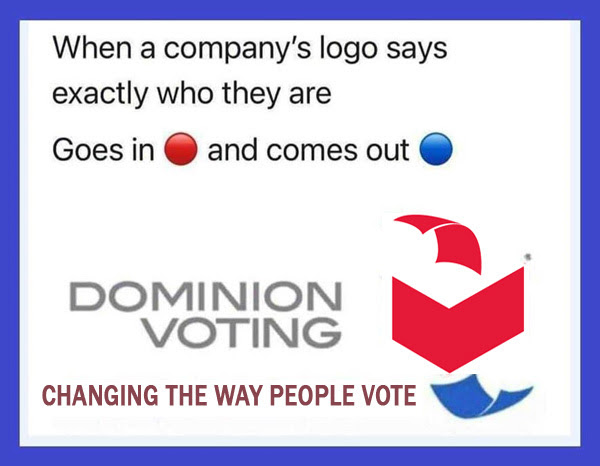 The Arizona Senate Judiciary Committee will be issuing subpoenas to perform an audit of the Dominion “software, machines, and ballots.”

The announcement was made by Arizona State Senator Eddie Farnsworth, the Chair of the Judiciary Committee, during their hearing on election integrity, and said that the subpoenas to issue the “software, machines, and ballots” in Maricopa County could be issued as early as tomorrow.

The legislative hearing, that was initially due to take place on Friday, featured representatives from the Maricopa County Board of Elections, and was more focused on how the election took place, rather than hearing newer evidence of fraud. State Senator Farnsworth explained this was a deliberate decision, as those grievances had been aired during previous hearings and were included in lawsuits and affidavits.
Covfefe Coffee

Durign the hearing, a Maricopa County representative claimed that they could not complete an audit of the Dominion Voting machines and software used, due to the ongoing litigation, as they could be accused of tampering with evidence. “Once the election in its entirety is over, the board has much more freedom,” the representative said.

In his closing statements, State Senator Farnsworth said he understood that they felt constrained, but that he didn’t agree with their assessment:

As we heard in testimony, these lawsuits seek a forensic audit as the relief, and performing such an audit would render moot the legal action currently before court… Nevertheless I am sensitive to the county’s position, and the threat of ongoing litigation, or additional litigation, which means there is no reasonable expectation that the audit will occur any time soon… which continues to lead our constituents into believing this election was compromised.

Farnsworth also noted that there was a “Catch 22” for those concerned about fraud. While he said that Democrats had claimed there was no evidence, “those who have filed their lawsuits have had to do so without any access to these records.” This is a “very tall order – to try to prove something when you can’t get access to the information. In contrary to any other discovery that we see, this is something that has been very limited.”

As a result, Farnsworth then said that, with the full support of Arizona Senate President Karen Fann, the Judiciary Committee would be issuing subpoenas “as early as tomorrow” in order to perform that full forensic audit of the Dominion Voting machines, software, and ballots.

“If we perform an audit and everything was done perfectly, that’s great, we’ve gone a long way in restoring the confidence in this process,” Farnsworth said. “We hold an audit… and then we can put this to rest.” However, he did not that this audit would not necessarily address all fraud “on the front end” of voting.

Before making the statement on the subpoenas, Farnsworth slammed Governor Ducey for not calling a full session of the Arizona Legislature, saying he “wished” that had been the case for assessing the alleged electoral fraud. “The legislature has the responsibility to make sure our elections are fair, open and transparent, and that we have integrity in the process,” he argued

Our Founding Fathers granted us a priceless gift – a Constitutional Republic with the gift of self-determination and self-governance. One of the most fundamental tenets and hallmarks of this gift is the right for elected individuals to represent us in the halls of government, and the only way for us to exercise this right is to make sure our elections are open and fair.

Arizona GOP Chair Dr Kelli Ward praised the decision on Twitter. Ward has been very vocal in ensuring the protection of the integrity of the election, being one of the first people to call for a legislative hearing.