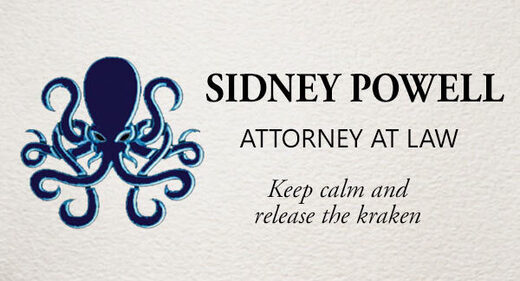 “We’ve got tons of evidence; it’s so much, it’s hard to pull it all together,” Powell told Saturday night’s “The Count” co-hosted by Rob Schmitt and Mark Halperin, teasing the explosive allegation of the Georgia governor in a contested and key battleground state.

“Hopefully this week we will get it ready to file, and it will be biblical.”

“It’s a massive project to pull this fraud claim together with the evidence that I want to put in,” she added.

“You name the manner of fraud and it occurred in Georgia.”

Among the most explosive claims alluded to by Powell were: