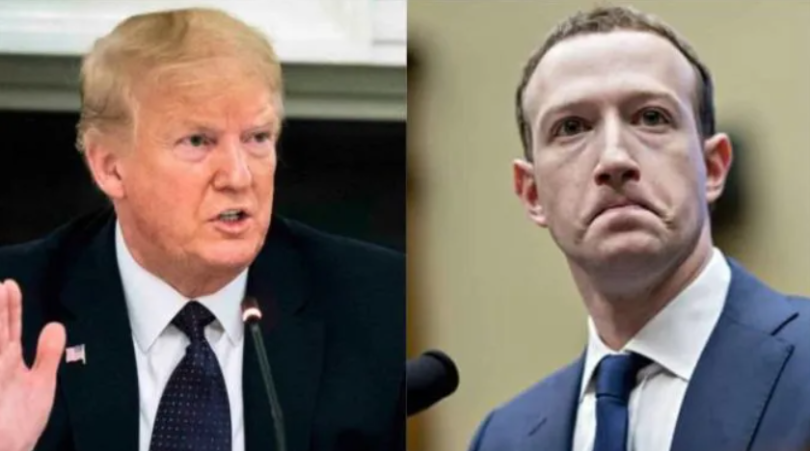 POTUS posted to Twitter on Thursday night his call for the “immediate” termination of Section 230 of the Communications and Decency Act, warning that the liability protections granted to social media companies like Facebook, Google and Twitter should be stripped for “purposes of national security.”

For purposes of National Security, Section 230 must be immediately terminated!!!

Nationalfile.com reports: Currently, Big Tech companies claim they act as a neutral platform, meaning that they receive certain protections from what people post on their site under Section 230, which gives them a “liability shield.” However, given that they have engaged in the censorship of conservatives, they act more like a publisher, who is more liable for what is on their site.

The announcement followed a tweet from President Trump that attacked Twitter for “sending out totally false ‘Trends’ that have absolutely nothing to do with what is really trending in the world.” He argued that the trends are simply made up, and they are only “negative” ones. “Same thing will happen to Twitter as is happening to Fox News daytime. Also, big Conservative discrimination!” the President concluded.

Twitter is sending out totally false “Trends” that have absolutely nothing to do with what is really trending in the world. They make it up, and only negative “stuff”. Same thing will happen to Twitter as is happening to @FoxNews daytime. Also, big Conservative discrimination!

So terrible that Facebook and Twitter took down the story of “Smoking Gun” emails related to Sleepy Joe Biden and his son, Hunter, in the @NYPost. It is only the beginning for them. There is nothing worse than a corrupt politician. REPEAL SECTION 230!!! https://t.co/g1RJFpIVUZ

The President’s actions may have had something to do with the behaviour of Big Tech over the course of this election. Throughout the election, a large quantity of the President’s tweets and other social media postings, along with those of many of his supporters, have been labelled as misinformation, with Tucker Carlson even arguing that Big Tech rigged the election in favour of Joe Biden “in plain sight.”

Only this week, the personal Twitter account of Pennsylvania state Senator Doug Mastriano was banned, after the Senator had organised a hearing in his state’s legislature about the vast irregularities that took place in this month’s presidential election.

In May this year, the President signed an executive order that would strip the liability shield away from Big Tech companies if they engaged in “censoring or any political conduct.” As National File reported:

The executive order also instructs Attorney General William Barr to work with the states to develop their own legislation regarding censorship online, and also instructs his adminstration to start developing policies to “ensure taxpayer dollars are not going to any social media that suppresses free speech. The President noted that Big Tech companies have had “unchecked power to censor, restrict, edit, shape, hide, alter, virtually any communication between private citizens and large public audiences.”

#BREAKING: President Trump signs executive order strip liability protection from companies that censure content: "Companies that engage in censoring or any political conduct will not be able to keep their liability shield." https://t.co/D5ooUw1fNz pic.twitter.com/FHs7kUvJH1