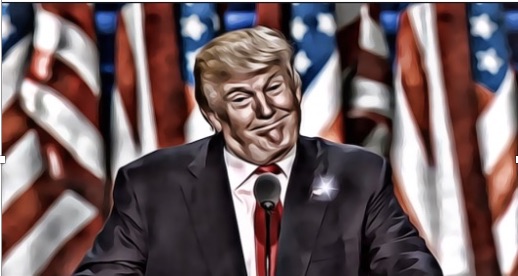 It’s absolutely brilliant. It’s now being revealed by many credible sources, that President Donald Trump and the USPS have had a master plan all along to secure the integrity of the 2020 election. Blockchain is the key. In their plan, an invisible and unique QFS code was printed on each and every USPS-produced ballot. They know exactly all the relevant details, including dates, paths, identities (anonymized)..et al. As the saying goes, ‘knowledge is power’.
One, if not of the first sites to expose the sting is Alex Jone’s War Room, here’s the video. Steve Pieczenik (Clancy novels, intelligence legend) is featured. There are a few MSM sites that have reported on the existence of the patent application last August, but the articles have no indication that it was actually being implemented. They can be viewed at BusinessInsider, Forbes, Popular Mechanics, CoinTelegraph, and the USPS News page. Pieczenik’s Wikipedia page is not flattering, which is a badge of honor to those in the Alt world.

In the Alt world, Popular Mechanics was one of the first publications to attempt to debug 9/11 Truth theorists. Consistent with their alignment with the Deep State, their article includes this diss on the USPS’s effort,
But because patents can take years to come to fruition as legitimate products or services—if at all, because the intellectual property sometimes never sees the light of day—this technology certainly won’t be used in the 2020 election. And, because the patent application is provisional, there’s always the chance the USPTO may not grant the patent at all.

It is now obvious and has been, actually since 2016 that the cabal of Dem leadership, CIA / FBI leadership, Big Tech, Big Money, and the MSM have been out to depose Donald Trump, first with Russiagate, then impeachment, then COVID-19 was launched in order to set up mail-in voting. It’s all as plain as day. The Trump / USPS plan’s exposing is only a few hours old.

For those unfamiliar with blockchain, they are decentralized digital ledgers that make it virtually impossible to alter records of past events. A certain amount of transactions and/or data are assembled into a “block”, encryption is then added allowing that block to span the globe untouched by nefarious hands. All modern industries are adopting this tech for a multitude of reasons. It is adaptable to virtually any industry or concept. Bitcoin and Altcoins are the transactional currency of that system.
According to the USPS patent, “a registered voter receives a computer-readable code in the mail and confirms the identity and confirms correct ballot information in an election.” In various versions of the system, they either use that code to access an online ballot or can fill out their mailed paper ballot and then submit it online by taking a picture of it.

Pieczenik and the Sting

Pieczenik, “This is really a sting operation, contrary to what everyone else said,” Pieczenik explained. “We watermarked every ballot with QFS blockchain encryption code. In other words, we know pretty well where every ballot is, where it went and who has it, so this is not a stolen election.”
He first appeared on Alex Jones’ Infowars program on Thursday evening, the 5th of October. video … and YouTube

It will probably be censored by YouTube, but as of early morning October 6 it still exists.
‘President-elect’ Trump’s Tweet on the issue back in July: With Universal Mail-In Voting (not Absentee Voting, which is good), 2020 will be the most INACCURATE & FRAUDULENT Election in history. It will be a great embarrassment to the USA. Delay the Election until people can properly, securely and safely vote??? — Donald J. Trump (@realDonaldTrump) July 30, 2020