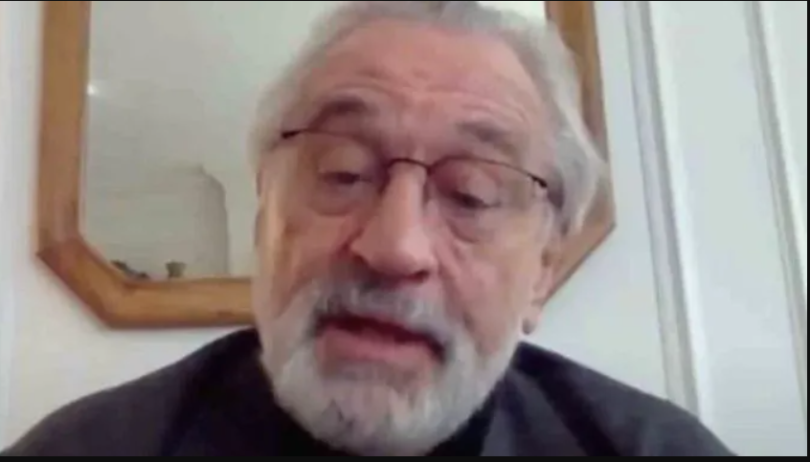 Trump-hating actor Robert De Niro made a threat against President Trump’s allies, warning them they “should be afraid” once Trump is “no longer in office.”

The Hollywood actor, who regularly viciously attacks Trump and his supporters, made the remarks during an appearance on ABC’s “The View.”

Co-host Ana Navarro began by noting that so far President Trump has refused to concede the presidential race, despite ongoing lawsuits and recounts taking place in various states.

“Why are so many Republicans still kissing the ring, among other things?” she asked De Niro.

“I’m — I don’t know what — what logic to use except they’re just afraid because — but they should be afraid of what’s going to happen later when he’s not around,” De Niro declared.

De Niro said he believed Trump would go to any lengths to “pardon himself” if he thought that was necessary.

“He’ll pardon himself. He’ll pardon everyone around him, who he can, who is going to be possibly prosecuted and/or convicted, and then some,” De Niro added, suggesting that if Trump were reelected it would be the end of American democracy.

“We all know what would happen. It’s the end of this country, period. I’m not being overdramatic.”

Robert De Niro speaks out against Pres. Trump for not conceding and questions if Rudy Giuliani is representing the president “just for the attention, maybe desperation.”

“I can’t comprehend what’s going on with [Trump].” https://t.co/f8u2wbJuik pic.twitter.com/xcnU9KfMmU

“I think it affects everybody. It affects all the people, the base that support him, and they’ll learn how it trickles down to them, and, you know, I just don’t — I have no — I can’t comprehend what’s going on with this person,” he dramatically concluded.