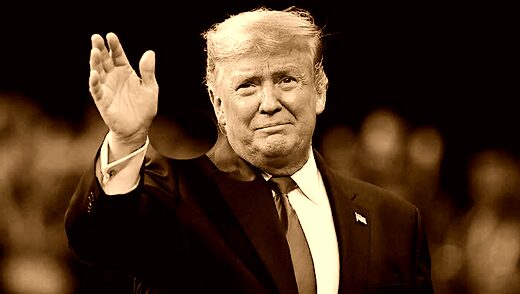 It’s unclear why the Trump administration waited until its final months to shake up the influential group of outside experts advising top Pentagon leaders.

Several members of the top federal advisory committee to the U.S. Department of Defense have been suddenly pushed out, multiple U.S. officials told Foreign Policy, in what appears to be the outgoing Trump administration’s parting shot at scions of the foreign-policy establishment.

The directive, which the Pentagon’s White House liaison Joshua Whitehouse sent on Wednesday afternoon, removes 11 high-profile advisors from the Defense Policy Board, including former Secretaries of State Henry Kissinger and Madeleine Albright; retired Adm. Gary Roughead, who served as chief of naval operations; and a onetime ranking member of the House Intelligence Committee, Jane Harman. Rudy De Leon, a former chief operating officer at the Pentagon once considered by then-Defense Secretary James Mattis for a high-level policy role, will also be ousted.

Also booted in today’s sweep of the board, which is effective immediately, were former House Majority Leader Eric Cantor and David McCormick, a former Treasury Department undersecretary during the George W. Bush administration. Both had been added to the board by Mattis in 2017. Jamie Gorelick, a Clinton administration deputy attorney general; Robert Joseph, a chief U.S. nuclear negotiator who convinced Libya to give up weapons of mass destruction; former Bush Deputy National Security Advisor J.D. Crouch II; and Franklin Miller, a former top defense official, have also been removed.

This story is based on interviews with three current and former officials. In a statement late Wednesday, the Department of Defense confirmed the decision.

“As part of long-considered changes, we can confirm that several members of the Department’s Defense Policy Board have been removed. We are extremely grateful for their dedicated service, commitment, and contributions to our national security. Future announcements for new members of the board will be made soon.”

The board, overseen by the Pentagon’s top policy official, the undersecretary of defense for policy, serves as a kind of in-house think tank on retainer for top military leaders, providing independent counsel and advice on defense policy. The Defense Policy Board includes former top military brass, secretaries of state, members of Congress, and other senior diplomats and foreign-policy experts. The status of two other members of the panel — or who would replace the ousted members — was not immediately clear.

Officials said that the Trump administration had long tried to remake the board with figures seen as loyal to the president — and outside of the Washington establishment — but had received pushback from recently ousted Defense Secretary Mark Esper and acting Undersecretary of Defense for Policy James Anderson, who sought to keep the board in place to allow for policy continuity. Both Esper and Anderson were removed earlier this month in a purge of Pentagon officials.

The White House had sought to add Scott O’Grady, a former Air Force fighter pilot shot down over Bosnia, to the board to prepare him to be nominated for a top Pentagon position, as well as former House Speaker Newt Gingrich, a close ally of President Donald Trump. The administration had also vetoed adding retired Adm. Eric Olson, a former U.S. Special Operations Command chief, and former Secretary of State Condoleezza Rice, as well as Gordon England, a former deputy secretary of defense during the Bush administration, over perceived anti-Trump ties.

“If they get treated like that, then who is going to want to volunteer?” a former senior Trump administration official, speaking on condition of anonymity, told Foreign Policy.

While the board has no tangible role inside the Pentagon in the policymaking process, it routinely advises senior military leadership on some of the top strategic national security threats facing the United States. The board convened in October for classified discussions on formulating a long-term strategy toward China and deterrence in space, according to a notice from the Federal Register. The meeting included briefings from the CIA, the Pentagon’s Office of Net Assessment, and other senior Pentagon policy officials.

The composition of the board has faced scrutiny from some Republican foreign-policy analysts, who say the current members do not accurately reflect the views of the administration, including its hard-line views toward China, as the Washington Times reported in October. Given the criticism, it is unclear why the White House waited until the final months of Trump’s tenure in the Oval Office to make changes to the Defense Policy Board.

Some members of the board, including Roughead, Albright, and Harman, were added to the board during the Obama administration in 2011.

The move follows a recent decision by Whitehouse, the liaison officer, to begin political-style vetting of nonpolitical experts and employees on loan from think tanks, an effort that had only extended to political appointees in the past.