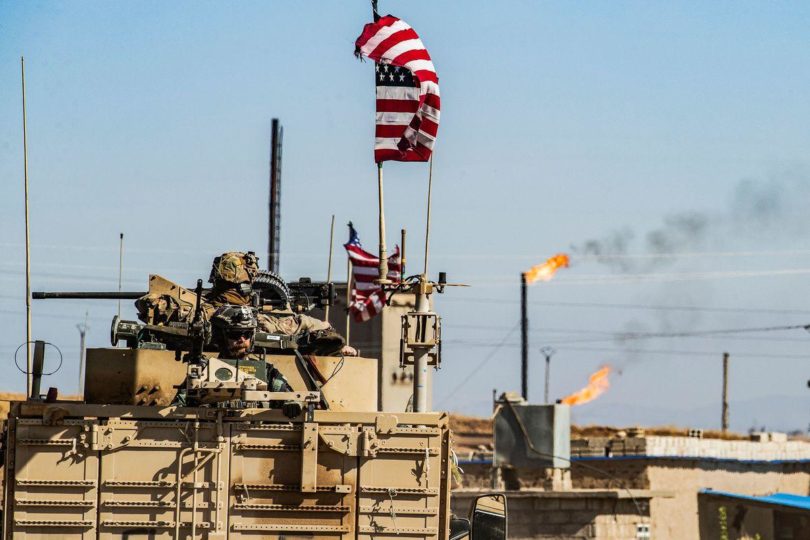 With Esper out the door, Trump’s newly in office acting Secretary of Defense is already making waves given who he’s just brought on board.

The new acting Pentagon chief, Christopher Miller, has just brought on as his senior adviser Ret. Army Col. Douglas Macgregor. Crucially Macgregor is on record as wanting American troops out of Syria immediately (gasp, the horror!), and further wants a rapid draw down in Afghanistan as well as in places like the Korean Peninsula.

“President Trump’s newly installed acting Pentagon chief is bringing on a senior adviser in a sign the administration wants to accelerate the withdrawal of U.S. troops from the Middle East before the end of his presidency in January, three people familiar with the move told Axios,” Jonathan Swan writes.

It appears Trump has finally and much belatedly put someone at the helm whose own views reflect those of the 2016 Trump campaign trail. He had been the first Republican nominee in history to lambast Bush’s Iraq War as a huge “disaster” while running on a ‘bring the troops home’ non-interventionist message.

Of course critics then and now have mischaracterized the president as “isolationist” – which has long become a negative slur in establishment foreign policy circles.

Currently it’s believed there’s anywhere from 800 to possibly up to 2,000 US personnel in northeast Syria, where according to past Trump statements they are there to “secure the oil” and ensure the permanent defeat of ISIS. Increasingly they’ve been bumping up against both Russian and Syrian Army patrols in a mission that doesn’t seem to have a defined end goal or exit strategy.

Macgregor has also said the U.S. needs to pull its troops out of Syria immediately and that America had no national interest there. https://t.co/grODh5w3aN

Here’s how Axios presented the supposedly “worrisome” and “divisive” views of Macgregor:

In a 2019 interview with Fox’s Tucker Carlson, Macgregor said he would advise the president to get out of Afghanistan “as soon as possible,” including removing the U.S. embassy from Kabul, and that talking to the Taliban was unnecessary.

Already Biden’s transition team is strongly signaling it would reverse course on some Trump draw downs, most notably the reduction of about 12,000 US soldiers from Germany.

Meanwhile The Intercept published a story on Wednesday citing an unnamed administration official who said the latest Pentagon shake-up was preparation for significant troop draw downs across various hotspots.

Personnel changes at the Pentagon, an official told The Intercept, would help clear the way for a more loyal apparatus to carry out Trump’s goals. https://t.co/wNbRPI04Bn

“The president is taking back control of DoD. It’s a rebirth of foreign policy. This is Trump foreign policy,” the official said.

Lee Fang at The Intercept underscored that “The personnel changes, the official claimed, would help clear the way for a more loyal Pentagon apparatus to carry out Trump’s goals, including the last-minute withdrawal of troops from foreign conflicts.”