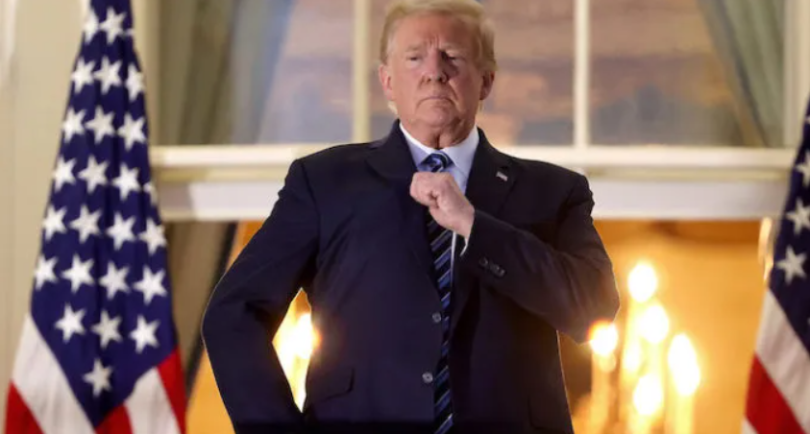 After the Boston Globe declared it would not be good for Americans to witness President Trump forcefully removed from the White House, scores of triggered leftists responded by insisting that they would love to see that exact scenario play out.

The Globe tweeted Tuesday, “Even a nation hooked on drama does not want to see a US president dragged out the front door of the White House on Jan. 20.”

Even a nation hooked on drama does not want to see a US president dragged out the front door of the White House on Jan. 20, so we asked experts in the art of persuasion how they go about dislodging the reluctant. https://t.co/5ERR3bbvlH

That sparked an invitation for the deranged Trump-hating crowd to declare that they would ‘LOVE’ to see it happen:

I think I speak for the majority of Americans when I say we would absolutely LOVE to see this president dragged out of the White House on January 20. You could charge $100 for a pay-per-view and fund Social Security for a decade.

Speak for yourself Boston Globe, I’d pay to see Orange Agolf Twitler and his disgusting family and their evil minions dragged out in handcuffs. I’d pay. https://t.co/qtMGqZoPah

Summit.news reports: No matter how crazy leftists get, Keith Olbermann always has the ability to go to eleven:

You misspelled “WE ALL WANT TO SEE HIM DRAGGED OUT THE FRONT DOOR OF THE WHITE HOUSE” https://t.co/Ons9t0ZN5f

For others, simply being removed isn’t enough, they feel Trump should be publicly executed:

A lot of people are dunking on this but I actually agree — I think for the nation’s sanctity and to commence healing he should be yeeted out an upper story window and not the front door. How else is he going to bounce on the trampoline and into a pit of flesh-eating beetles? https://t.co/7q1N4Dfwx2

Not only would I like to see Trump physically hauled out of the White House on Jan 20, I’d also love to see all of his Nazi enablers get thrown into a volcano on live tv, starting w/ Mitch McConnell https://t.co/1DdDj56ZSp

During an appearance on Jimmy Kimmel Live recently, Barack Obama joked that the Navy SEALs could be used to drag Trump out of the White House:

Although Obama was obviously joking, the Biden campaign was deadly serious when it leveled a similar threat against Trump just two days after the election. “The United States government is capable of escorting trespassers from the White House,” said a statement from the Biden campaign.