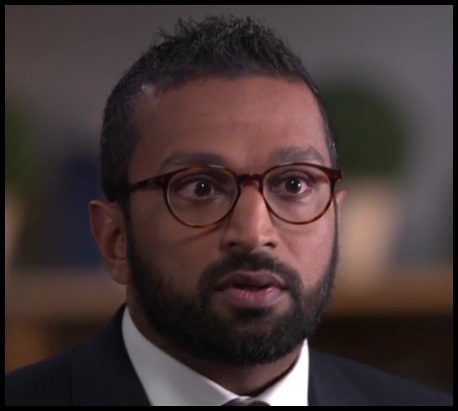 Patel knows all of the details and nuances within the overall ‘spygate’ saga on a very granular level.

WASHINGTON—President Trump has installed a National Security Council official and former congressional aide as chief of staff to new acting Defense Secretary Christopher Miller as he continues to shake up the Pentagon’s top ranks in his final months in office, officials familiar with the matter said.

Whether the move of Kash Patel to support acting Defense Secretary Chris Miller is based on an approach toward declassifying documents/evidence in the background of ‘spygate’; or whether Patel’s move might be associated with a larger election dynamic is an unknown; the former seems most likely. However, the Lawfare/Resistance opposition to the Trump administration is apoplectic with the just announced role of Patel.