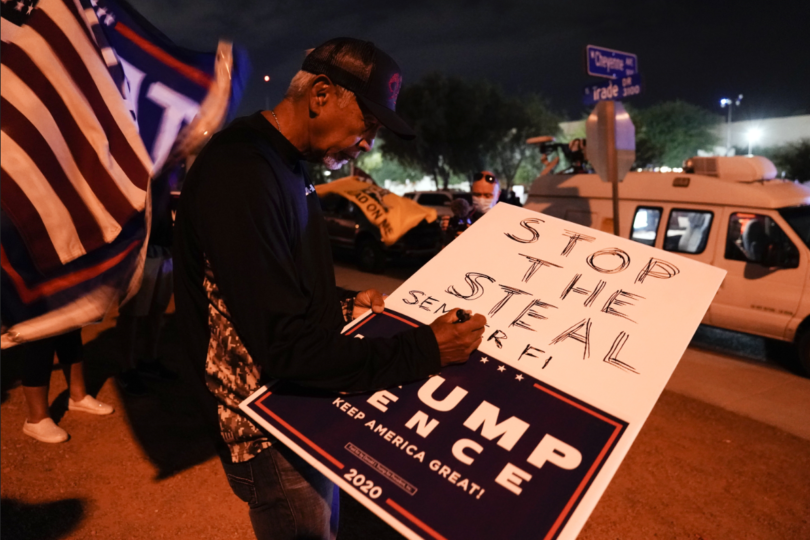 In its first court victory, a Nevada judge has agreed to let the Trump campaign present its evidence that fraud and illegalities plagued the state’s election, enough to reverse Joe Biden’s win and set an example for other state challenges.

According to Trump officials, the judge set a Dec. 3 hearing date and is allowing 15 depositions. What’s more, the campaign plans to present its evidence that could result in the rejection of tens of thousands of mail-in ballots in Democratic Clark County where Biden ballots outnumbered Trump ballots by 91,000 in unofficial results.

“BIG news in Nevada: a Judge has allowed NV Republicans to present findings of widespread voter fraud in a Dec. 3rd hearing. Americans will now hear evidence from those who saw firsthand what happened — a critical step for transparency and remedying illegal ballots. Stay tuned,” White House chief of staff Mark Meadows tweeted.

American Conservative Union Chairman Matt Schlapp, one of those heading the Nevada case, told Secrets, “It gives us a real chance, if to do nothing else, to begin to show this historic level of fraud.”

Oddly, there has been a virtual news blackout of the Trump court victory. However, there were major headlines on the state Supreme Court’s certification of Biden’s victory Tuesday.

In its court filing from Nov. 17, the Trump team made several allegations of voter fraud, including votes by nonresidents and the dead.

But its biggest claim was that the signatures on hundreds of thousands of mail-in ballots were not verified by human officials, as required by law.

What’s more, they found that officials used a machine to verify signatures, apparently against the rules, and even those machines were plagued with problems.

Schlapp said he is eager to get a chance to finally show its evidence of fraud and for the campaign to present the thousands of examples of signature machine errors. Since many states require signature verification, that is where the campaign’s fraud investigation is focused.

The campaign also has testimony from a blind person who claims somebody else voted for her and that she was barred from voting as a result. And they plan to present evidence that Native Americans were offered bribes of TVs and gas cards for their vote.

“Our filing said we have over 15 individual and tens of thousands more from mail-in fraud. We have enough to switch the outcome,” Schlapp told us.

Late last night, he revealed the judge’s decision on Sean Hannity’s Fox show. Schlapp said, “For the first time in this whole tragic story of the 2020 presidential election, a state court has granted republicans in Nevada and the Trump campaign, the ability to present their case of widespread illegal balloting, and to just depose up to 15 people who know what went down in Clark County in the state of Nevada, so this is big news you know a lot of people in the national media have said, you know, if you have evidence of voter fraud, show it. Well, we have thousands and thousands of examples of real people in real-life instances of voter illegality. And I just think it’s a great step that we’re going to have a chance to present it. A court if we get a fair hearing. I believe the results in Nevada should be switched.”