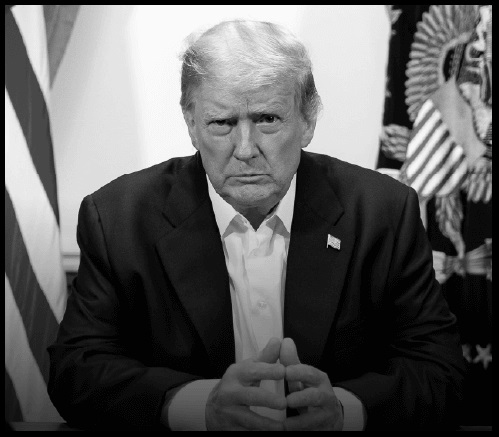 As the republican establishment contemplates positioning themselves amid President Trump’s resolute intent to highlight a 2020 election filled with with demonstrable fraud, they would be prudent to check their political ego.

President Trump has created a movement and collected the largest factual constituency of voters in the nation. This is the hill we stand upon, there is no other fallback position.

As of this writing the indefatigable leader of the MAGA movement gathered 71 million votes for his re-election, and still climbing. Subtract the fraudulent and manipulated ‘mail-in’ ballots from the Biden operation and you have a reality of 71 million MAGA army members staring toward an opposition front containing battalions of cardboard cutouts.

No amount of media spin is going to change the reality of that political landscape.

Regardless of whether Donald Trump’s legal arsenal is able to overcome the entrenched media operations drum-beating a deafening noise to distract from the 2020 fraud, that MAGA army is solidly behind our leader…. so consider this:

If President Trump takes that army into a new political party of his choosing, that new party is structurally set to lay waste to any candidate within both wings of the Democrat and Republican assembly. A Trump inspired new political party can wipe out the illusion of the Democrat/Republican two-party system; specifically because much of the Trump movement consists of former democrats and brand new voters.

The MAGA coalition is the most diverse, widest and deepest part of the entire American electorate. President Trump’s army consists of every creed, color, race, gender, ethnicity and orientation. It is a truly color-blind coalition of middle America patriots and middle-class voters that cuts through the political special interest groups.

No Republican will ever hold office in the next decade without the blessing of President Trump; and there is absolutely no current confidence that President Trump will not lay waste to the system if the GOP acquiesces to the transparent fraud that exists behind the Biden-Harris sham.

Beyond the politics… this 71 million vote assembly are consumers of products, goods and services generated by the same elites that hold them in contempt. If President Trump transfers and directs that energy, entities and even entire industries can be wiped out.

There is no precedent here. Seventy-one million angry Americans resolved to a common objective is not something to be trifled with.

We do not yet know where this current political crisis and ongoing battle is going to end; but we do know that 71,000,000 Americans will not accept the outcome of a political process transparently filled with fraud and manipulation. That makes President Trump a very dangerous entity to the DC system, regardless of whether they admit what surrounds them.

There is no reference point for 71 million Americans being disenfranchised by Wall Street, bribery, corporations, media and big tech. That 71 million person army is fuel for a stunning and cataclysmic shift in the American landscape.

MAGA, Bitches… Trump because FUCK YOU, is a very powerful force!

This is a long way from over.