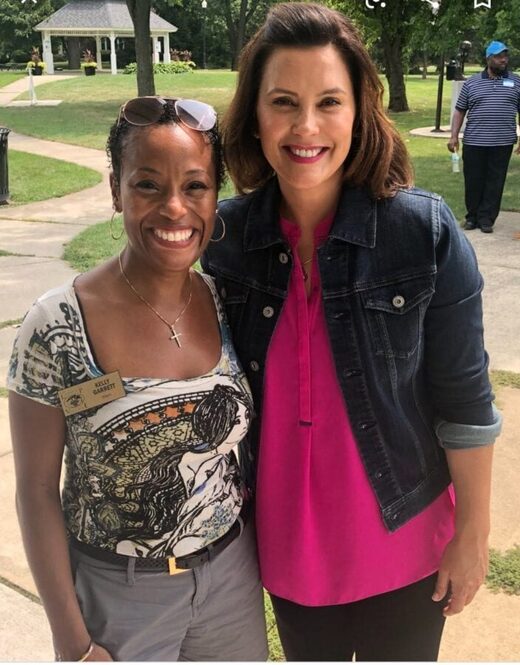 Mayor Kelly Garrett is a proud former Deputy Director of the MI Democratic Party. Michigan Governor Whitmer thought so much of Garrett that she appointed her to the Commission on Community Action & Economic Opportunity.

Ms. Garrett has quite an impressive resume. Only 7 years after receiving a Masters of Information Systems degree from the online college, Phoenix University, she became Mayor of the city of Lathrup Village, Michigan in Nov. 2017.

At the same time that Kelly Garrett was acting as Mayor of Lathrup Village, she was also working as a full-time Project Manager/Customer Relations Manager for Dominion Voting Systems.  According to her Linkedin resume, Kelly started working at Dominion in May of 2017, but a $25 million contract with the State of MI showing Kelly’s name as one of the Dominion representatives executing the deal, is dated March 1, 2017.

Two years after executing the $25 million Dominion Voting Systems deal with the State of Michigan, Mayor Kelly became the Deputy Director of the Michigan Democratic Party 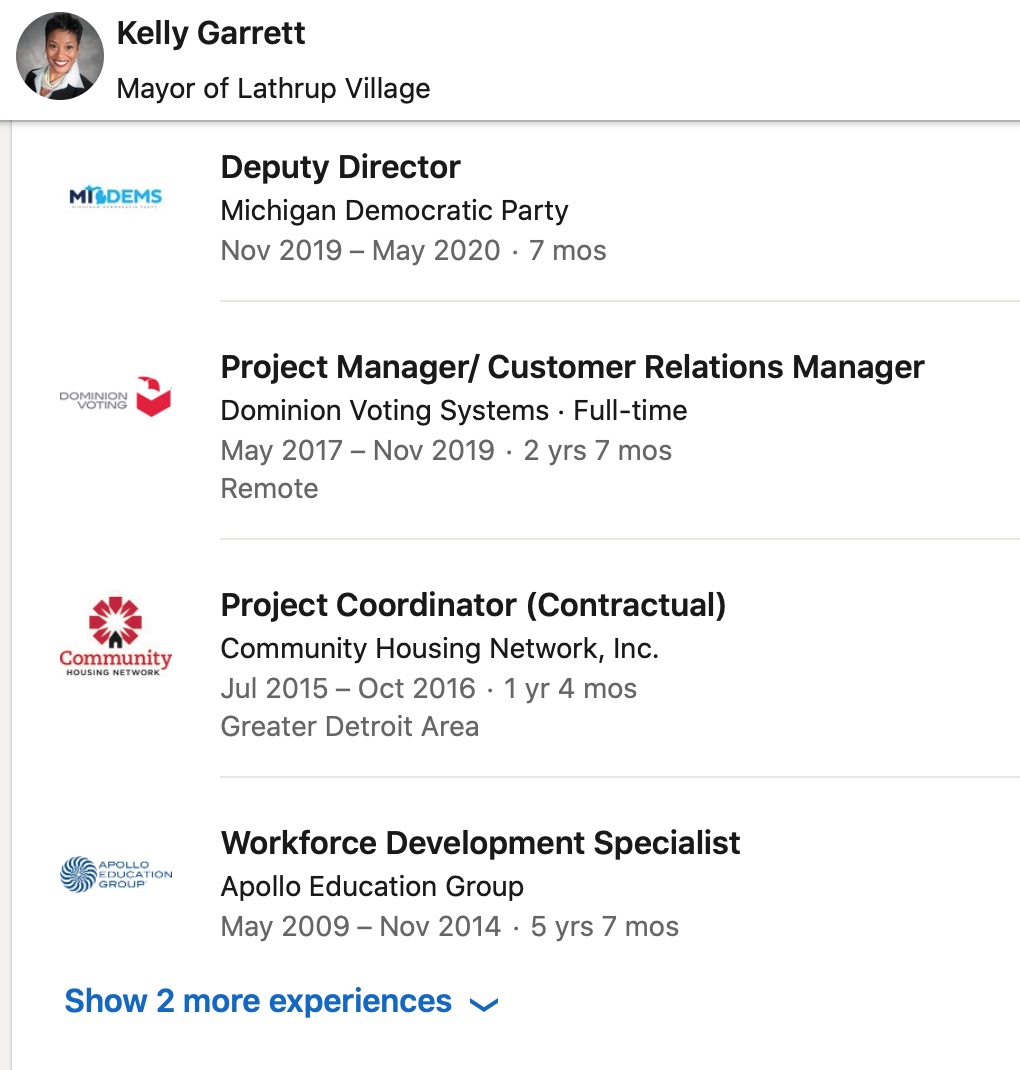 Mykale Garrett, former Dominion project manager, now goes by Kelly Garrett and is the Mayor of Lathrup Village, Michigan. Conveniently left Dominion in 2019 to become involved heavily in Michigan politics having a full understanding of the machines in a swing-state? pic.twitter.com/t8JGdiE0dG

The State of MI Central Procurement Services contract between the State of Michigan and Dominion Voting Systems was executed in the amount of $24,875,311. The initial effective date is March 1, 2017. Cheryl Holmes, Dominion State Project Manager, and Kelly Garrett, Dominion Customer Relations Manager are the Dominion representatives whose names appear on the MI Dept. of Technology, Management, and Budget contract. 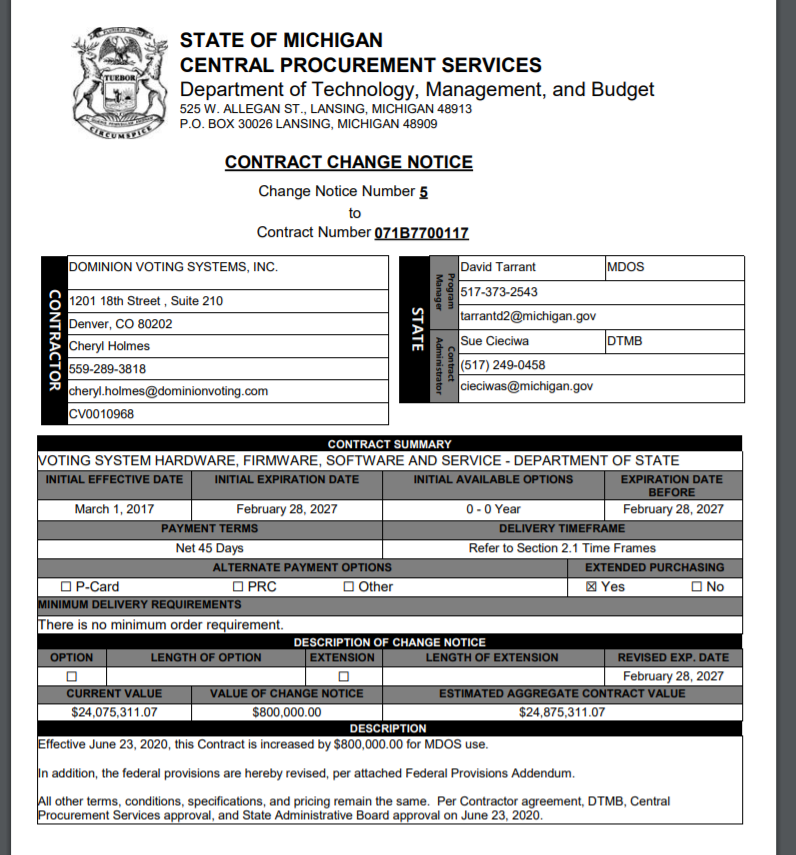 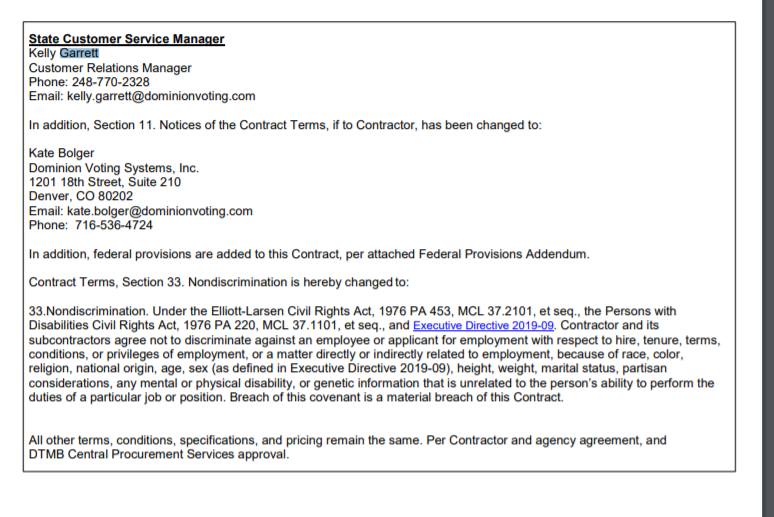 On her Linkedin account, Garrett mentions how she was recently appointed by Gov. Gretchen Whitmer to the Commission on Community Action & Economic Opportunity. She also mentions how she is “currently the Chair of Southfield-Lathrup Democratic Club as well as the Co-Chair of the 14th Congressional District Screening & Endorsement committee.” 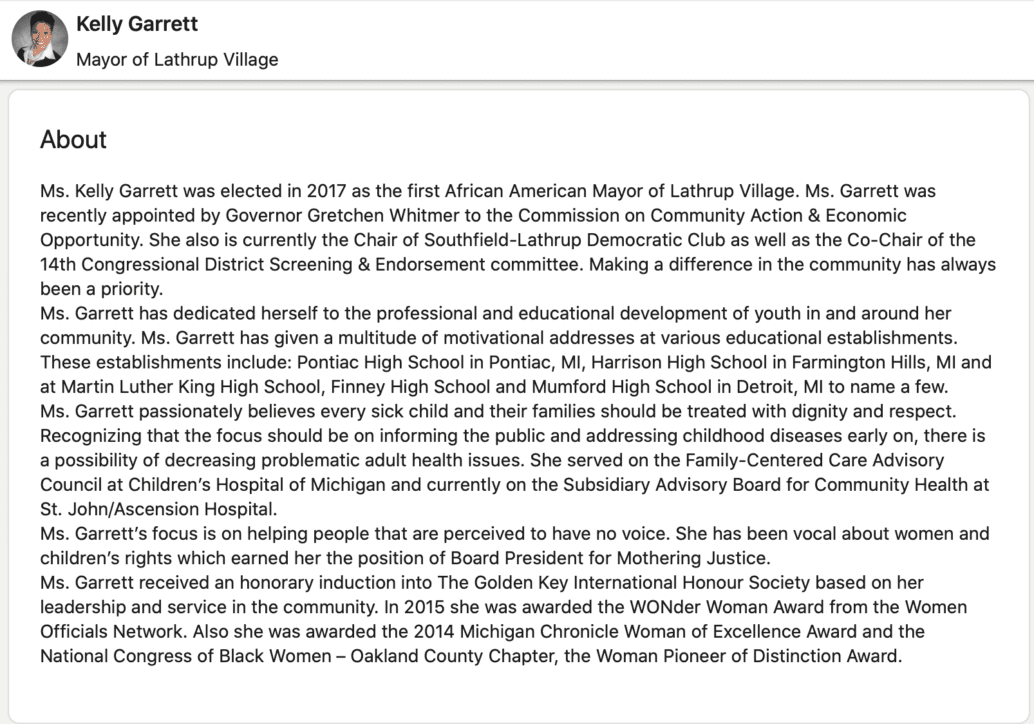 Oakland County is one of the Michigan counties whose election results Dr. Shiva Ayyadurai has called into question in his research while uncovering possible electronic voter irregularities related to Dominion. 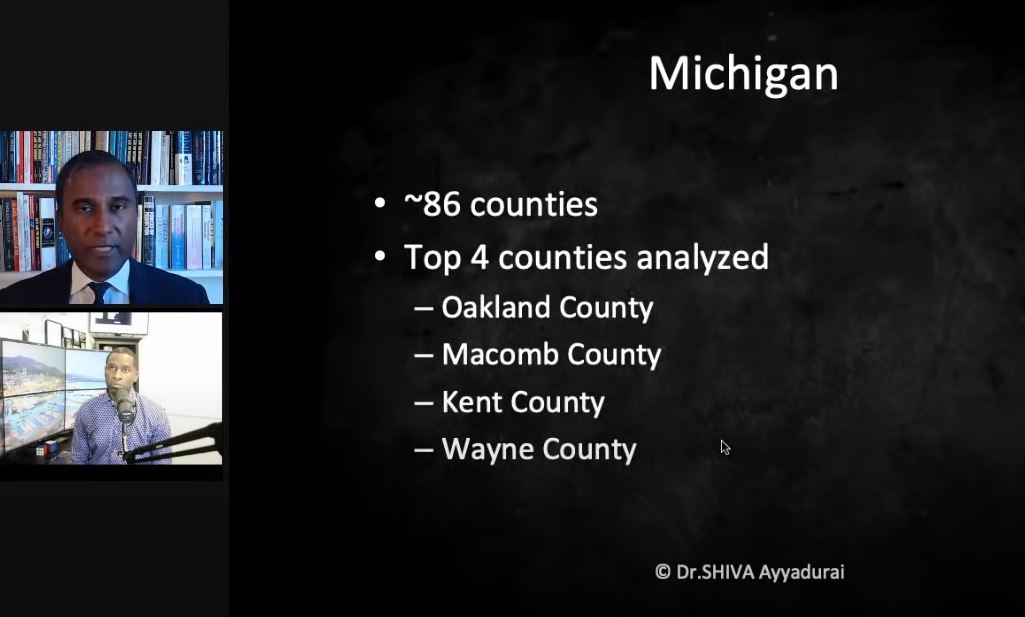 The Gateway Pundit reports – According to Dr. Shiva, the first thing he noticed was in three major counties Trump’s margin was reduced by a minimum of 138,000 votes.

Shiva claims the transfer was done by a computer algorithm that linearly transferred the votes from Trump to Biden.

Dr. Shiva found that the vote transfer was greater in Republican precincts than Democrat precincts.

In early voting in Oakland County Dr. Shiva says the algorithm was “too perfect” and that 40,000 votes were taken from Trump and given to Biden.

The same thing occurred on election day.  The algorithmic line again is “too perfect,” he claims. 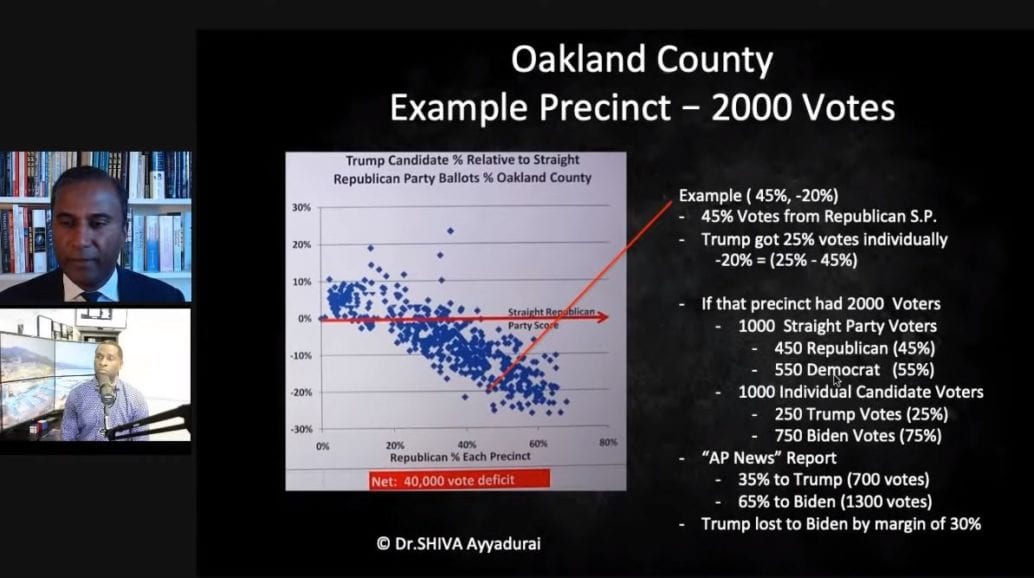 This tie to the Lathrup Village Mayor and Democratic Party official who was also working as a Dominion Voting Systems employee at the same time should raise some serious red flags.