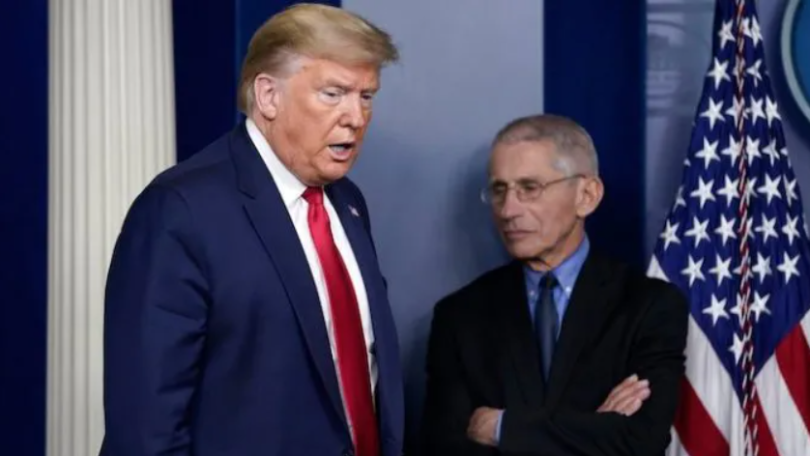 Dr. Anthony Fauci and Big Pharma bosses shared the results of the Pfizer Covid vaccine with Joe Biden, whose media-anointed victory has not even been certified, before they showed President Trump, in a brazen gesture of disrespect toward the president and his administration.

When news first broke about the headline numbers from Pfizer’s vaccine trial on Monday morning, we couldn’t help but wonder how the Trump Administration and the White House had seemingly been left out of the loop.

The Biden team was reportedly briefed on the data Sunday, one day before its release. Meanwhile, many at the White House first learned about the data from the press.

ZH report: Since then, the media’s message that we were finally seeing “the light at the end of the tunnel” has been tempered by numerous ‘experts’ in fields from epidemiology to logistics assuring investors and the general public that there’s still a lot we don’t about the vaccines, from their long-term efficacy and side-effects, to what unanticipated delays might arise as the first approved vaccines start making their way from warehouses to doctor’s offices or pharmacies, wherever the vaccines will ultimately be distributed.

During his first press briefing since the election, President Trump delivered a bitter ‘I told you so,‘ and slammed Dr. Fauci and Pfizer for sharing the data with Joe Biden and his team before the White House.

Trump comments followed confirmation from DHHS head Alex Azar, who told WMAL host Vince Coglianese that he learned about the trial results from the press…even though the trials were being overseen by agencies within DHHS.

“I, as Secretary of Health and Human Services, learned about this from media reports on Monday morning,” Azar said Wednesday during an interview with Washington D.C. radio station WMAL.

If accurate, that would mean Dr. Fauci & Co. shared the results with Joe Biden, before his victory was even officially certified, which sounds like a pretty brazen gesture of disrespect toward the president and his administration.

“If the Biden campaign found out Sunday night but you…didn’t find out until Monday, that sounds like there’s a problem there,” WMAL host Vince Coglianese said during his interview with Azar. “There certainly was a gap in communication, let’s say,” Azar responded.

According to media reports, White House staff were infuriated when they found out Biden had been given a sneak peak at the data ahead of Trump.

As the Federalist pointed out in a report on Azar’s revelation, the fact that Biden was briefed before Trump is just another sign that the rollout was a coordinated effort between Pfizer, Dr. Fauci and the NIH to delay the results until after the election to try and boost the former vice president’s chances.

Egged on by Bloomberg and other other media outlets, Pfizer has also been blatantly misrepresenting its participation in ‘Operation Warp Speed’. Though Pfizer didn’t receive any money upfront, the US government has promised to deliver a $2 billion payment in exchange for 100 million doses.

“We were never part of the Warp Speed … We have never taken any money from the U.S. government, or from anyone,” company Senior Vice President Kathrin Jansen said in an interview reported by the New York Times. Pfizer later had to revise her statement, as they have indeed benefited from a $2 billion dollar contract with HHS.

In a matter of weeks, top Dems, including NY Gov Andrew Cuomo and Biden’s running mate Kamala Harris, have gone from trying to discredit the Trump FDA, to trying to completely white was the administration’s efforts and accomplishments with OWS and other aspects of the COVID-19 response.