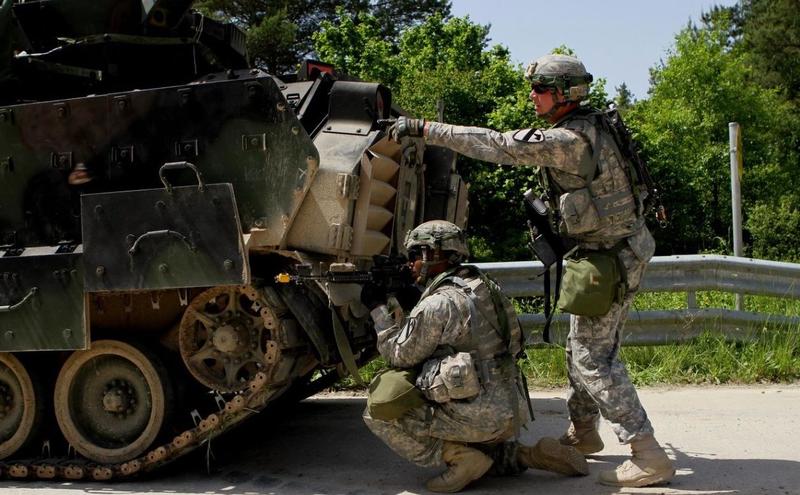 With France under lockdown from COVID-19 and reeling from a series of gruesome Islamic terror attacks, French President Emmanuel Macron on Monday revived talk of a pan-European army by telling a reporter that Europe must not revert to relying on the US for its security even after President Trump leaves office.

President Trump’s early criticisms of NATO, along with America’s outsized role in financing the defense of its international allies, led to more European nations increasing their defense spending during Trump’s four years in office. With Americans now broadly in favor of Trump’s view regarding NATO and the sharing of responsibility for sovereign defense, Macron pointed out in Le Grand Continent, a Paris-based policy journal, that things likely won’t ever revert to the way they were.

“The United States will only respect us as allies if we are earnest, and if we are sovereign with respect to our defense,” Macron said. “We need to continue to build our independence for ourselves.”

Along with German Chancellor Angela Merkel, Macron is one of Europe’s biggest advocates for an EU-wide “army”. The sorry state of Germany’s army, however, is one major obstacle.

Macron also slammed German Defense Minister Annegret Kramp-Karrenbauer, who earlier this month insisted that it’s “an illusion” to think the EU can replace America’s role in upholding security on the continent. “That it is a historical misinterpretation,” he said. “Fortunately, if I understood things correctly, the chancellor does not share this point of view,” Macron said, referring to Merkel.

Last year, Macron angered his fellow EU leaders by arguing that NATO had suffered “brain death” at the hands of Trump, and that the time had finally arrived for the EU to embark on a more “independent” foreign policy.

Seeing as geopolitics is a zero-sum gain, if the EU were to drift from the US, it would inevitably seek to tighten ties with China, all while double-talking about the importance of green energy and lowering greenhouse-gas emissions.