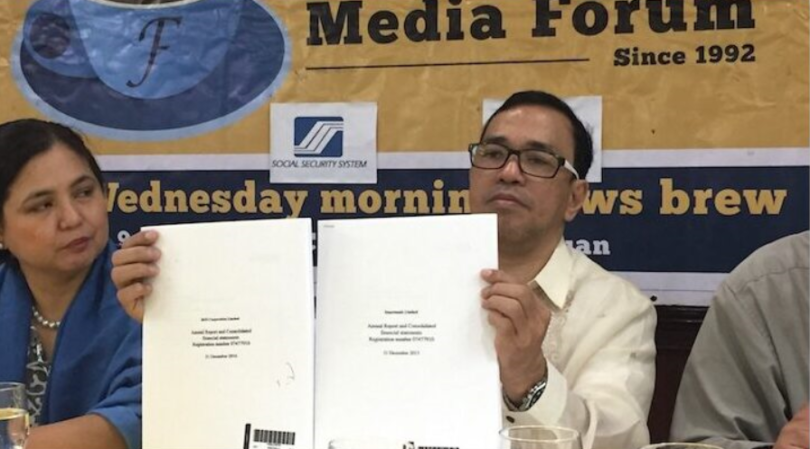 By this time, only the truly uninformed would still find Smartmatic’s combination of PCOS/VCM (Precinct Count Optical Scan/Vote Counting Machine) and CCS (canvassing and consolidation system) an acceptable solution to the automation of Philippine elections. We used this solution in the last three National and Local Elections (NLE) and in all three, we experienced “glitches” and lack of transparency that convinced us of the system’s unreliability and its vulnerability to tampering.

During the canvassing of the 2008 ARMM (Autonomous Region of Muslim Mindanao) election, several precincts in Wao, Lanao del Sur, showed zero results. When this was reported to Smartmatic, a technical person in the company accessed the machines in Wao and made the correction … from Manila! This is the first proof that Smartmatic can change the results in any region, at will, from anywhere in the country.

Exactly one week before the 2010 elections, Smartmatic’s systems test yielded erroneous results. This triggered the replacement of supposedly “all CF cards” installed in the 82,000 PCOS machines. Many found it difficult to believe that they were able to do this successfully – i.e., replace those many CF cards in a span of one week. But if they failed to do so, how do we explain the fact that they were able to announce election results that came close to what the surveys published? One possibility stood out: program the results to follow the surveys. Hmm … not all that difficult to do.

In the same elections, the number of registered voters hit the 250 million mark at the start of canvassing – way, way beyond the 40-50 million actual count. Smartmatic again accessed the erroneous count and changed it. Yet another proof that they can easily alter election process figures.

In just the first two hours of canvassing of the 2013 Senatorial elections, Senator Poe garnered more than 10 million votes – and was wildly increasing by the minute. Again, Smartmatic accessed the system and altered the count progress to a more reasonable rate, once more proving that they could tamper with the results at will.

Toward the end of the canvassing in 2013, the votes went up and down by the millions, without any explanation being given by Smartmatic. Nor by Comelec. What? The voters did not have a say in the results?! What did Joseph Stalin say?

Still in 2013, when the final results were published, they showed some ratios that were difficult to believe: the total votes of the administration candidates represented 60% of all the votes; those of the dominant opposition, 30%; and those of the rest of the candidates, 10% — in all the regions and in all the 16 canvassing reports. As if the results were pre-programmed.

During the canvassing of the May, 2016 NLEs, a Smartmatic technical person accessed the system, without proper authority, as usual, and modified the script to “supposedly correct” the “ñ” that printed as a “?”. Was that all that he changed? We don’t know. But the fact is that he could have made any alteration that he so desired.

The above includes only those violations committed by Smartmatic that show how easy it is for it and its partners and men to change the results of the elections. Smartmatic, after all, did not comply with many other requirements, both of the law, R.A. 9369, and of the bid specifications. Yet, they are getting away scot-free because Comelec has been allowing them to do that!

But should we, the voters, allow them? They have the power, even if not the authority, to control the results of our elections. And many suspect that they did act. But the problem with the Smartmatic system is that it is not transparent (intentionally, I suppose) and therefore it is so difficult to catch any wrongdoing.

I strongly recommended a step in the last elections that would have incorporated some transparency to the system – and the Comelec agreed to it – but Smartmatic did not implement that step properly. Was that intentional so we won’t be able to catch the tampering that they might have done during the canvassing?

What exacerbates the problem is that Comelec not only allows Smartmatic to get away with all the violations and non-compliance of the requirements, the Commission also keeps on favoring this vendor with all the contracts they could possibly award. That’s a lot worse than abetting a crime!

In addition to this, the winning candidates – senators and congressmen – do not bother to investigate these anomalies because they won … and they probably do not want to jeopardize that situation.

What this all boils down to is that a vendor – a foreign group at that – can control the result of our elections, and could have done so, while making tons of money in the process. That’s why this vendor loves it here! It’s truly more fun in the Philippines. For Smartmatic, especially.