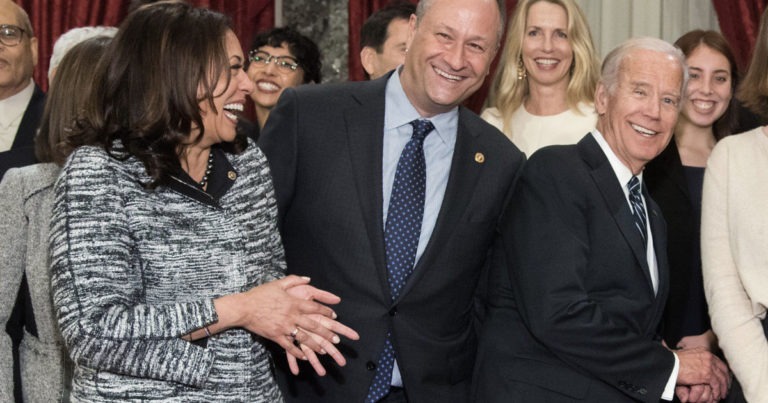 Despite receiving near-universal proclamations of victory from the corporate media and setting up a verified “transition team” account on Twitter, behind closed doors the Joe Biden-Kamala Harris campaign is begging supporters to raise $30 million for fighting lawsuits regarding election integrity filed by the Donald Trump campaign.

Emails from the Democratic National Committee and the Biden campaign were sent out to donors last week that asked for help “re-launching our Biden Fight Fund” to “ensure Trump doesn’t win them just because we don’t have the funds to fight back.”

“The crises facing our country are severe from climate change to racial injustice,” the letter said. “We have to step up NOW and give and raise the funding we need to have the necessary funds to make sure that the Biden Harris Transition Team has the money it needs to stay on track to be ready on Inauguration Day January 20, 2021.”

“Because of the $5000 limit we need EVERYONE to focus on raising this money now,” the email begged, adding that the Biden campaign and DNC “wouldn’t be asking if we didn’t truly need $30 million to be able to fund the legal work ahead — we can’t run out of resources now, which is why we need to fill this fund as soon as we can.”

The email’s tone stands in stark

opposition to the public tone of the Biden campaign, which declared victory within days of the election, before recounts had been performed.

Last week, the office of Director of National Intelligence John Ratcliffe confirmed that Biden is not receiving sensitive national security information because the General Services Administration has not ascertained the winner of the election:

The office of the Director of National Intelligence confirmed this week that Democratic presidential candidate Joe Biden is not receiving sensitive national security information and related intelligence reports because the General Services Administration has not confirmed the winner of the 2020 U.S. presidential election.

“ODNI follows the statutory direction provided in the Presidential Transition Act, which requires ascertainment of the candidate by the administrator of GSA prior to supporting a potential presidential transition,” the office of Director National Intelligence John Ratcliffe told NBC News in a statement this week. “ODNI would not have contact with any transition team until notified by the GSA administrator.”

Biden is also not receiving the President’s Daily Brief because President Donald Trump has not authorized the release of the various intelligence reports contained within to the Biden team.

Despite this, the Biden-Harris “transition team” has claimed they will be receiving a “national security briefing” on Tuesday, without explaining who will be hosting the briefing.