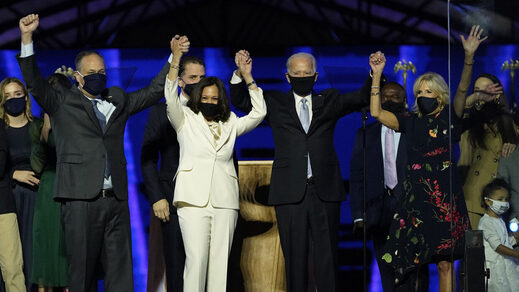 Russia has made no contact with representatives of likely US President-elect Joe Biden, and has no plans to get in touch. Earlier this week, the Kremlin announced it was holding off on congratulations until official confirmation.

Speaking to news agency TASS, Deputy Foreign Minister Sergey Ryabkov explained that Moscow has a low opinion of the Democratic candidate, after Russia was accused by his party of influencing the US election in 2016.

“We have not had any contacts with representatives and staff of Joseph Biden,” he said. “We treat this as a change in weather outside the window.”

In 2016, following US President Donald Trump’s election, the then-US government engaged in “ugly behavior… disregarding not just ethics, but common sense,” Ryabkov said. As the vice president, Biden was the second most senior member of the White House team at the time of the vote. Therefore, Moscow intends to refrain from establishing contacts with the likely new administration.

On Monday, Kremlin spokesman Dmitry Peskov told reporters that President Vladimir Putin would not congratulate Biden on winning the US presidential election until the results are confirmed. Unlike many Western leaders, Putin did not send his best wishes to the Democratic nominee once the US media called the result on Sunday.

“Anticipating your possible question about Putin’s congratulations to the US president-elect, I want to say the following: we consider it proper to wait for the official results,” Peskov said.

The US presidential election was held on November 3. According to mainstream US media estimates, Biden will easily beat incumbent Trump. Due to slow counting and the high number of mail-in ballots received, the official vote tally is not yet known. Despite the overwhelming consensus, the sitting president has refused to admit defeat, accusing the Democrats of wide scale fraud.