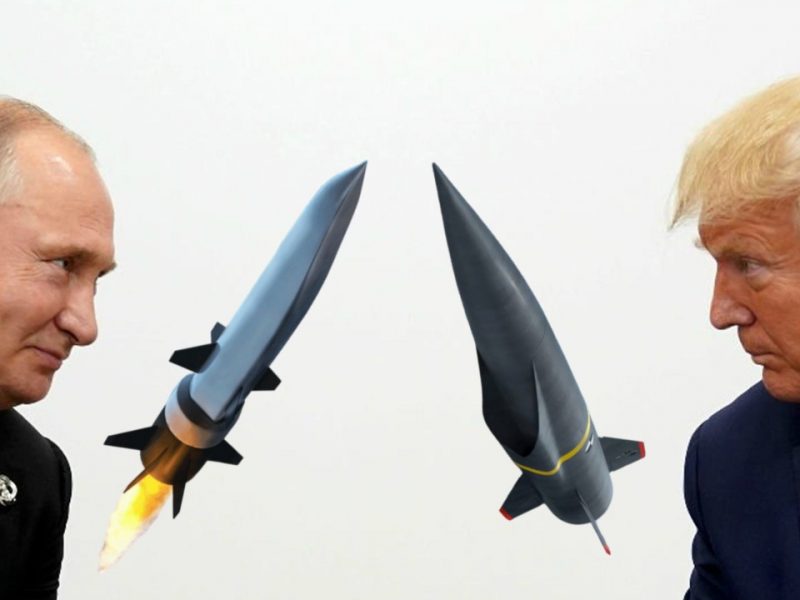 Moscow knows other nations are hastily designing their own hypersonic weapons – but by the time they are acquired, the Russian military will have learned how to shield the country from them, President Vladimir Putin has said.

The likes of the US and China have their own projects to build missiles capable of travelling several times faster than the speed of sound.

Putin believes the world’s leading defence powers will eventually succeed in developing the ultra-fast weaponry. However, the President explained to Russia-1 TV, on Sunday, that Russia won’t be caught off-guard once that happens. At present, the country seems to be leading the field in this area.

“I think that we can pleasantly surprise our partners with the fact that when they get these weapons, we will have the means of combating them, with a high degree of probability,” Putin forecast.

The US president just recently teased a new “super-duper” missile, which he claimed could travel 17 times faster than the speed of sound.

Russia appears to be the first nation in the world to have deployed a similar-class weapon – the Avangard glide vehicle – into service. Other munitions, like the Kinzhal (dagger) cruise missile and the Zircon anti-ship missile, are undergoing trials or said to be in the works now.

Apart from offensive weaponry, Russia has recently rolled out a radar station – which happens to be the latest addition to the Protivnik (adversary) family – designed to track over a thousand fast-moving targets, including those that are hypersonic.

Putin has stated before that the US is playing catch-up with Russia for the first time in history. He believes that obtaining hypersonic weapons was crucial to maintaining overall parity with the US, which has repeatedly tried to tilt the strategic balance in its favor. For example, building ballistic missile shields not only on American soil, but also overseas, most notably in Eastern Europe and the Asia-Pacific region.

However, most of these facilities are effectively obsolete now given hypersonic systems can easily pierce any existing defenses, President Putin said in March, adding, “it is essential not only for us, but also for global security.”