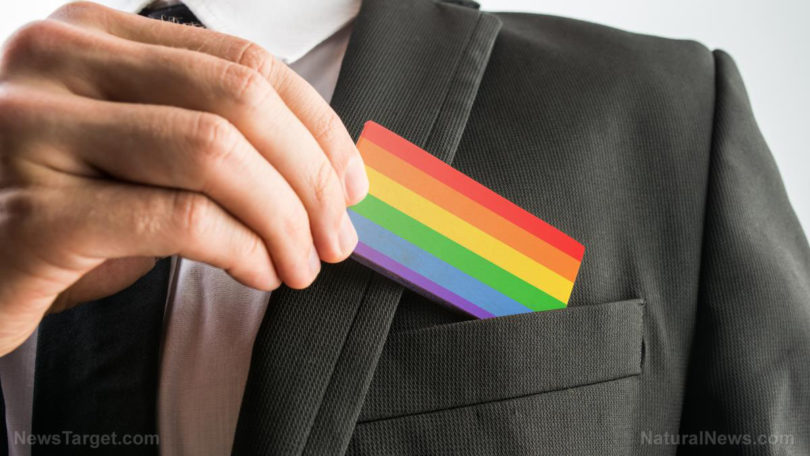 It’s a bombshell realization: In a stunning decision that places “gender identity” under the protection of the 1964 Civil Rights Act, the U.S. Supreme Court just accidentally provided a way for all conservatives, Christians, libertarians and other oppressed groups to defeat Big Tech’s malicious censorship.

“Gender identity” is a fictional construct that can include absolutely any expression of identity. The State of New York now recognizes over 30 “genders,” including “gender gifted” and “Two Spirit,” and since there are no limits on which genders a person can invent for themselves and declare to be following, all conservatives across America can now declare themselves to be “ConservaHe” or “ConservaShe” genders, instantly qualifying them for Civil Rights protections thanks to the US Supreme Court decision.

But now, thanks to the U.S. Supreme Court, any person can fabricate a gender identity and use it to file lawsuits over “discrimination” against their gender.

Thus, a pro-liberty person can now declare themselves to be a “LiberHe” or “LiberShe” or even a “LiberZhe” and invoke this recent SCOTUS decision to demand equal treatment by corporations. Gender can mean anything you want it to mean, according to progressives.

After all, the decision will be used by LGBT zealots to now force bakers to decorate cakes with language that celebrates transgenderism. Any cake decorator who refuses will be sued (again) under the new SCOTUS decision, claiming they violated the 1964 Civil Rights act (which has now been reinterpreted by the court). Any resistance against transgenderism will now be met with a flurry of lawsuits that claim special protections.

But gender identity is a 100% fictional construct with no basis in biological reality, which means anyone can invent whatever gender they want and claim whatever belief system they want. And no one can censor you, or refuse to do business with you, or fire you from a job or refuse to hire you. By claiming a “gender identity,” you have now achieved carte blanche authority to make endless demands across society, punishing any who refuse to bow down to your demands.

This is now the only way to achieve true “equality” under the law: We must all become trans-something. Perhaps you are a trans-philosopher, or a trans-political gender. Maybe you believe in trans-consciousness or trans-scription. Maybe you like to meditate using trans-indental gender meditation practices, or you are a mixed martial arts practitioner who is an expert in trans-kinetics.

Pick your gender identity now and you will be afforded special protections under U.S. law, thanks to SCOTUS.

You can even pick a gender that’s in alignment with the teachings of Christ. Call yourself a ChristHe or ChristShe, and suddenly all your Christian views are protected under the 1964 Civil Rights Act.

This is not satire. I’m dead serious about all this. They wrote the rules and said that “gender identity” can be anything you want. So make it your own. Everybody should now declare their new gender identity and demand protections under the 1964 Civil Rights Act.

I think I will simply make my gender identity, “Health Ranger” and start issuing Civil Rights demands to the tech companies to stop banning my speech or be found guilty of violating my civil rights. After all, I have a gender identity, too, and it demands I speak to people about health and nutrition without being censored.