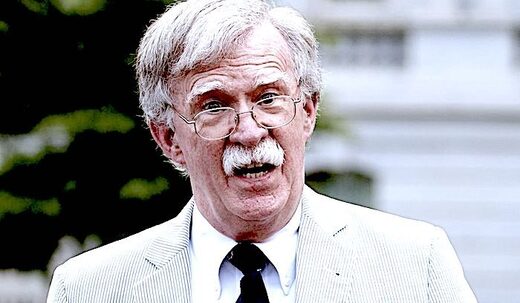 The breach-of-contract suit filed by the Justice Department in federal court says the action seeks to stop Mr. Bolton “from compromising national security.” It says that in his former post in the White House, Mr. Bolton had “a high-level role in which he regularly came into possession of some of the most sensitive classified information that exists in the U.S. government.”

Although Mr. Bolton did remove some classified information from the manuscript, the National Security Council has determined that some secrets remain in his book, up to several paragraphs in length.

“In fact, the NSC has determined that information in the manuscript is classified at the Confidential, Secret, and Top Secret levels.

“Accordingly, the publication and release of The Room Where it Happened would cause irreparable harm, because the disclosure of instances of classified information in the manuscript reasonably could be expected to cause serious damage, or exceptionally grave damage, to the national security of the United States.”

The complaint comes a week before the scheduled June 23 release of the book by Simon & Schuster. Mr. Bolton, who was dismissed by President Trump in September 2019 after a series of foreign-policy disagreements, reportedly was paid $2 million for the tell-all manuscript.

Mr. Trump said this week that he hopes Mr. Bolton is found criminally liable for disclosing classified information. In meetings, Mr. Bolton was known as a fanatical note-taker, a habit that displeases the president.