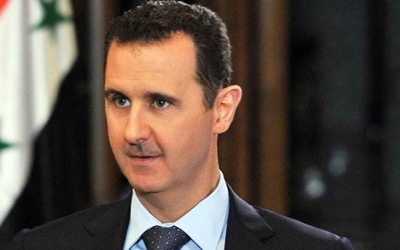 The International Coalition having abandoned all hope of destroying the Syrian Arab Republic by force, the United States and the European Union are now seeking to achieve the same result by making people hungry.

The siege of Syria has begun. Economic sanctions have been severely tightened and will be further squeezed in mid-June. Any person or entity that trades with Syria will be harshly penalized by the United States and the European Union (Caesar Law).

Such “sanctions” are illegal under international law. Those preventing the supply of medical equipment are guilty of crimes under the Geneva Conventions.

Jihadists in the north and US troops in the south have started setting fire to fields in a coordinated fashion. Syria has filed a complaint with the United Nations Security Council.

Within a few days, imported food became impossible to find and the price of local food soared. The Syrian pound collapsed on the foreign exchange market and is currently trading on the black market at a quarter of its official value.

Meanwhile, President Bashar al-Assad prepared a plan for food self-sufficiency, which will require several years of agricultural implementation. Russia will save the population in the short term, but time is of the essence if starvation in the medium term is to be avoided.

Protests against food shortages started on 9 June. Syria never experienced a food crisis, not even during the war, except in the areas occupied by the jihadists where the population was coerced into giving them food.