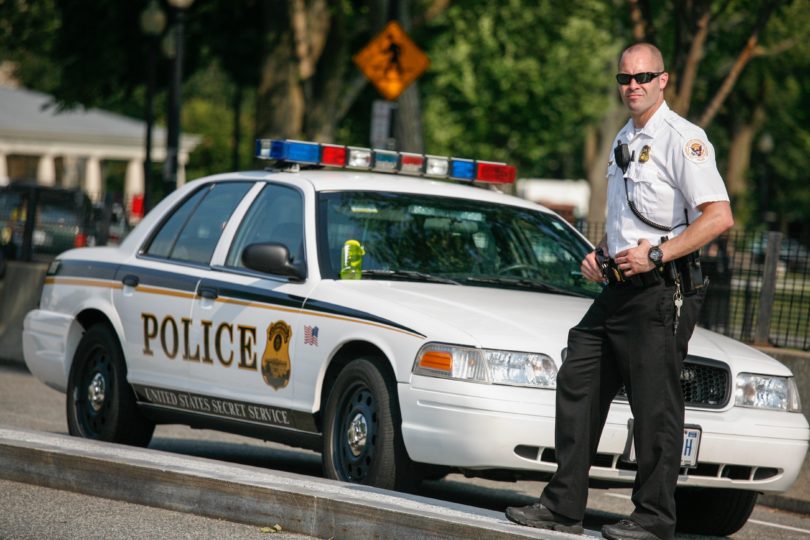 International org calls for federalization of U.S. law enforcement to be ‘beefed up,’ cover all of America

“The Civil Rights Division of the Department of Justice has provided oversight and recommendations for improvement of police services in a number of cities with consent decrees. This is one of the most effective ways to reduce discrimination in law enforcement and it needs to be beefed up and increased to cover as many of the 18,000-plus local law enforcement jurisdictions.”

That was United Nations Rapporteur Maina Kai on July 27, a representative of the U.N. Human Rights Council, who on the tail-end of touring the U.S., endorsed a little-known and yet highly controversial practice by the Justice Department to effect a federal takeover of local police and corrections departments.

The Obama administration has been pursuing the federal takeover of local police right under Congress’ nose — and Republicans in Congress were apparently unaware it was happening.

Here’s how it works: the Civil Rights Division at the Department of Justice files a lawsuit in federal court against a city, county, or state, alleging constitutional and civil rights violations by the police or at a corrections facility. It is done under 42 U.S.C. § 14141, a section of the 1994 Violent Crime Control and Law Enforcement Act, granting the attorney general the power to prosecute law enforcement misconduct. The municipality then simply agrees to the judicial finding — without contest — and the result is a wide-reaching federal court order that imposes onerous regulations on local police.

The federal court orders are designed to undo Rudy Giuliani-style policing tactics that were effective at reducing crime in big cities in the 1990s and 2000s.

In short, the much-feared nationalization of local police departments is already being initiated by the Obama administration’s Justice Department. And somehow nobody noticed.

Federal requirements include how searches are conducted, what constitutes legitimate use of force, the mandatory use of on-body cameras by the police, and so forth. The agreements impose years-long compliance review regimes, implementation deadlines, and regular reviews by federal bureaucrats. This makes local police directly answerable to the Civil Rights Division at the DOJ.

One example includes a 77-page March 30 consent decree between the department and the City of Newark, New Jersey, that resulted from a 2011 investigation, a 2014 series of findings by the Civil Rights Division, and then finally a federal lawsuit alleging police misconduct in the U.S. District Court in the District of New Jersey.

The original complaint alleged that the Newark Police Department (NPD) “has engaged in a pattern or practice of constitutional violations in its stop and arrest practices, responses to individuals’ exercise of their rights under the First Amendment, uses of force, and theft by officers. The investigation also revealed that the pattern or practice of constitutional violations stems in part from deficiencies in NPD’s systems that are designed to prevent and detect misconduct, including its systems for reviewing force and investigating complaints regarding officer conduct.”

The city of Newark, via the consent decree, agreed to the allegations and to implement a “comprehensive and agency-wide policies and procedures that are consistent with and incorporate all substantive requirements of this agreement,” including rules on stops, searches, use of force, etc. The city has two years to implement, with the full agreement lasting five years. Meaning — even if the political parties change power in the city of Newark, the new mayor and city council would still be required to implement the court order.

These consent decrees are in essence regulations. That, is, without the niceties of administrative procedures requirements, public comments, or even any congressional oversight.

Remarkably, congressional offices contacted by this author were generally unaware of the regulation of local policing via DOJ consent decrees with cities — even though the agreements have been implemented for years. Not a single hearing or word of protest has occurred on this topic.

The lack of oversight is pathetic enough — but to make matters even worse, this could actually be the first step in a new wide-ranging body of federal rules on local police.

The Department of Housing and Urban Development regulation “Affirmatively Furthering Fair Housing” (AFFH) actually originated as a consent decree in 2009 against Westchester County, New York, requiring affordable housing units to be built in the county. Afterward, Republican Robert Astorino was elected county executive and yet was still required to implement the court order.

Westchester became the basis for AFFH, where every city and county in the country that accepts any part of $3 billion of annual community development block grants to 1,200 recipient cities and counties now has to comply with HUD’s dictates on zoning along racial and income guidelines.

DOJ may very well end up doing the same thing with the local police — that is, if Congress does not wise up to what’s really happening and defund implementation of 42 U.S.C. § 14141. This is dangerous. What is most chilling is how far along the Obama Justice Department is in this process. The breadth of regulation here shatters any notion of local governance or federalism. The Obama administration has been pursuing the federal takeover of local police right under Congress’ nose — and Republicans  in Congress were apparently unaware it was happening.

No doubt the practice would continue under a Hillary Clinton administration too. Do you want a Clinton Justice Department running your local police force? That is how important the election in November suddenly becomes — with law and order already hanging in the balance and police being targeted by domestic terrorists in the slayings in Dallas and Baton Rouge.

As Americans for Limited Government President Rick Manning noted in a statement calling attention to the U.N.’s interest in the DOJ program and urging Congress to act, “The fact that the U.N. Human Rights Council — which includes some of the worst abusers of human rights in the world that hate the U.S. — is cheering for this DOJ national takeover of the police should tell members everything they need to know. It’s time to support local police, not render them impotent via federal restrictions against maintaining law and order. No less than the very existence of local government is at stake.”

Robert Romano is the senior editor of Americans for Limited Government.