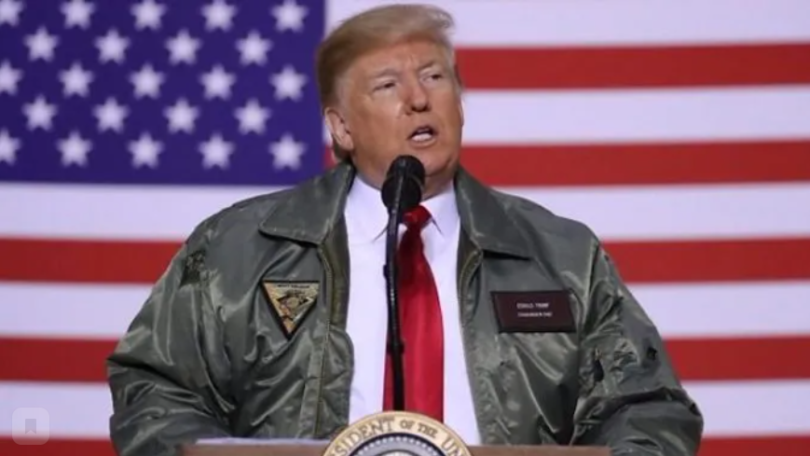 President Trump has demanded Gov. Jay Inslee and the Mayor of Seattle immediately regain control of a six city block zone and police station in the city that have been seized by armed leftist anarchists and protesters.

“Radical Left Governor [of Washington, Jay Inslee] and the Mayor of Seattle are being taunted and played at a level that our great Country has never seen before,’ Trump tweeted late on Wednesday.

– Take back your city NOW. If you don’t do it, I will. This is not a game. These ugly Anarchists must be stooped [sic] IMMEDIATELY. MOVE FAST!‘ he continued. – Domestic Terrorists have taken over Seattle, run by Radical Left Democrats, of course. LAW & ORDER!’

DailyMail report: It followed astonishing developments in Seattle, where protesters have established what they call the ‘Capitol Hill Autonomous Zone,’ or CHAZ, setting up barricades and armed checkpoints and declaring that police are not allowed inside the zone.

There were similarly chaotic scenes in Portland, another prolifically Democratic city, where protesters removed police fencing that was surrounding the courthouse to spray paint the walls.

There were suggestions that they too were trying to build an autonomous zone but their efforts were not as organized as those in Seattle.

The Seattle ‘zone’, which includes apartment buildings and businesses, also contains the Seattle Police Department’s East Precinct, which cops abandoned on Monday after receiving a threat that the station would be overrun and burned down. A defaced sign outside the precinct now reads ‘Seattle People Department’.

Armed protesters have been spotting manning checkpoints where they check identification and frisk people at entrances to the zone.

Police say they have received complaints that protesters are demanding cash to enter the zone, as well as ‘protection fees’ from businesses under their control.

Seattle Police Assistant Chief Deanna Nollette said at a press conference on Wednesday that, while Washington is an open carry state where firearms are allowed, it is a crime to use them to threaten or intimidate others.

She urged anyone who was subjected to demands by protesters to call 911, describing their alleged behavior as extortion.

However, police sources say that the department is now only responding to priority calls of a violent crime in progress, and it is unclear whether they would be able to do more than take a report over the phone.

Anti-police protesters disputed Nollette’s description of what was happening inside the so-called autonomous zone.

– This could literally not be less true. It’s incredibly open and peaceful in the CHAZ. The businesses that are open are selling flowers, turning their parking lots into med tents, putting supportive signs in their windows,’ one person tweeted. 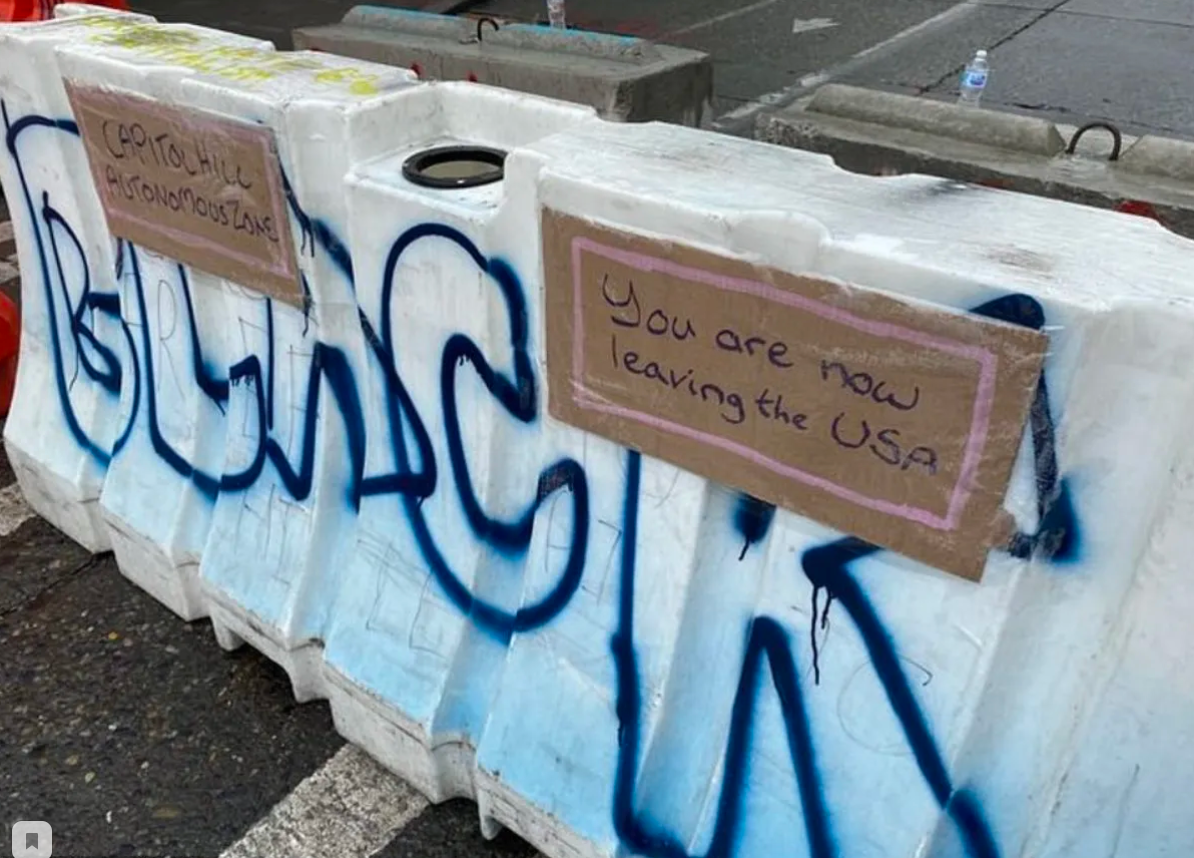 A reporter for KIRO-FM was granted entry to the CHAZ on Tuesday, and said that free food and medical aid was available for demonstrators on every corner.

Some food and supplies were also distributed to the homeless population in the surrounding area, and protesters were organizing a garbage collection for Wednesday, the reporter said.

On Wednesday night, demonstrators in the zone settled in to watch the documentary Paris Is Burning on a portable projector set up in the street. The film focuses on drag queens living in New York City.

However, other reports on social media indicated that not everything was unfolding harmoniously within the CHAZ.

Some claimed that rapper Raz Simone had established himself as a ‘warlord’ within the CHAZ, and was patrolling with armed men.

On Wednesday, video emerged that showed Simone and several other men confronting another man within the CHAZ, accusing him of tagging over someone else’s graffiti.

– We are the police of this community now!‘ one member of the Simone’s entourage is heard telling the man, who shrugs them off and continues tagging the side of a building.