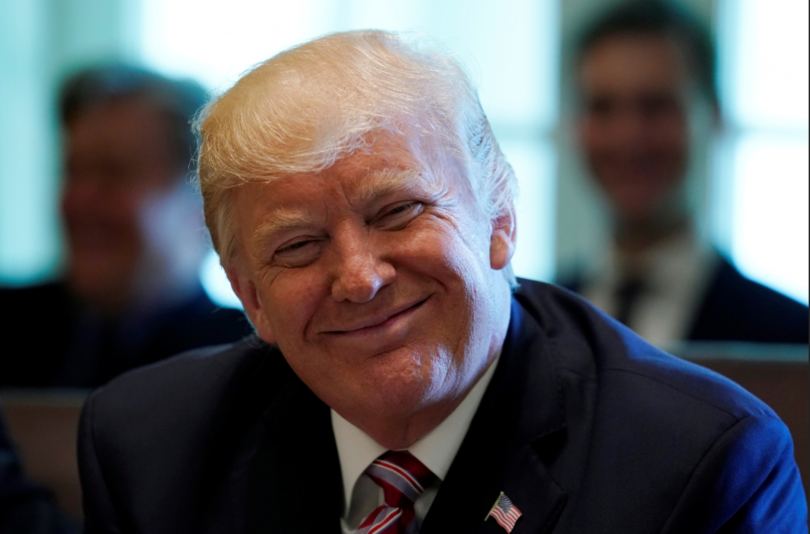 President Trump said Thursday that his administration is working on an executive order that will encourage police to meet “professional standards” for the use of force in the line of duty.

“We’re working to finalize an executive order that will encourage police departments nationwide to meet the most current professional standards for the use of force, including tactics for de-escalation,” Trump said during a roundtable with law enforcement, faith leaders and small business owners in Dallas.

Trump said the order would encourage police to use “force with compassion.” He also defended his call for law enforcement to “dominate the streets” in order to quell protests after the death of George Floyd, an unarmed black man who was killed in police custody on May 25. Protests nationwide have been largely peaceful, with some incidents of looting in larger cities.

The White House previously signaled Trump was considering an executive order to address police reform, while lawmakers from both parties are working on legislation to address the issue. Democrats released their reform bill on Monday, and Republicans plan to unveil their own next week.

Trump used his remarks to express broad support for law enforcement. He said it was important to have “law and order” in America — a refrain that has he has used often over the past several days — and said it was important to invest more energy and resources into training and recruiting police. Trump said there would always be “bad apples” in police forces but described them as rare.

“We have to work together to confront bigotry and prejudice wherever they appear,” Trump said. “But we’ll make no progress and heal no wounds by falsely labeling tens of millions of decent Americans as racists or bigots. We have to get everybody together. We have to be in the same path. If we don’t do that, we’ll have problems.”

Trump also targeted those supporting efforts to “defund the police,” a movement that has grown amid protests over Floyd’s death. Left-leaning activists and some progressive lawmakers have called for some funds to be redirected from police departments to social programs.

Top Democrats, including congressional leaders and presumptive presidential nominee Joe Biden, have sought to shut down the calls as Trump and his campaign try to tie the former vice president to the push to defund law enforcement departments.

“We’ll take care of our police. We’re not defunding police. If anything, we’re going the other route. We’re making sure our police are well-trained, perfectly trained, they have the best equipment,” Trump said Thursday. He did not mention Biden or other Democrats by name but suggested the cause was embraced broadly by Democrats.

Trump has faced scrutiny for his response to protests against police brutality and racism in cities across the country.

While Trump has described Floyd’s death as a “grave tragedy” and ordered a civil rights investigation into his killing, the president has largely focused on cracking down on looting and violence that has accompanied some of the protests.

Trump was widely criticized last week when he threatened to dispatch active-duty forces to cities to quell protests, and his administration was met with blowback when law enforcement forcibly cleared protesters in Washington, D.C., near the White House just minutes before Trump staged a photo-op at St. John’s Church.

Trump was joined in Dallas by Attorney General William Barr, Housing and Urban Development Secretary Ben Carson and U.S. Surgeon General Jerome Adams, the latter two of whom are both black.

Trump participated in a roundtable as Senate Republicans chart forward with police reform legislation, an effort being spearheaded by Sen. Tim Scott (S.C.), the only black GOP senator. Scott told reporters on Thursday that he planned to introduce the GOP reform bill next week.

At the start of this week, House Democrats introduced sweeping legislation that would impose a federal ban on chokeholds, limit the “qualified immunity” doctrine that shields police officers from lawsuits, mandate the use of body cameras across the country and establish a national database that discloses names of officers with patterns of abuse, among other things. The White House has described the provision limiting immunity as a “non-starter.”