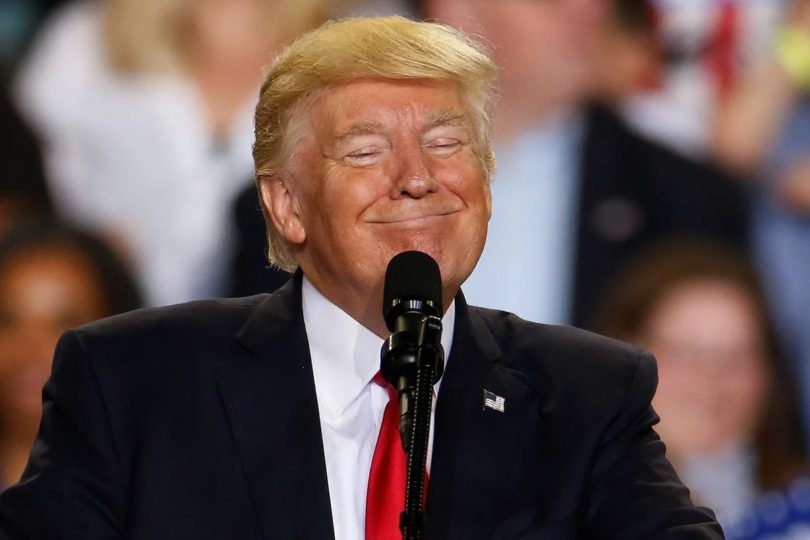 No one does so much for the accelerated de-dollarisation of the planet as old Donnie – and he is only accelerating along the way, imposing more and more sanctions against whoever.

This time, the International Criminal Court in The Hague fell under his hot hand – and this is incredibly good news for countries that do not belong to the “golden billion”.

“According to Trump’s decree, the assets of persons within US jurisdiction who will be identified as involved in ICC trials against American employees will be blocked. Such persons will also be banned from allocating money. In addition, they and their families will be denied entry into the United States.
ICC prosecutor Fatou Bensouda in 2017 asked judges to issue permission to investigate alleged war crimes committed by the US military, the CIA, and the Afghan security services, and crimes against humanity committed by the radical Taliban. The International Criminal Court upheld this request by granting permission.

This decision caused immediate criticism from the United States. Secretary of State Mike Pompeo said that the court is a ‘unaccountable political institution, masquerading as a legal body’.”

So – with any attempt to investigate the crimes of the Americans, a blow to the head will now follow.

And now about why it is extremely beneficial for us and the Chinese.

The ICC has very big questions about Crimea – so far this is not so obvious, but the Ukrainian authorities are trying very hard in this direction, filing more and more lawsuits there for any reason, from the ownership of Ukrainian companies on the peninsula to the ownership of gas fields on the Black Sea shelf.

Chinese comrades could also be made to answer for the “crimes of the regime on Tiananmen Square” and in Hong Kong – while the ICC is not at all interested in the context of everything that is happening, it is just an instrument of Western politics.

And now this tool itself was struck on the head by the light of tolerance and the father of world democracy – but this is not the most important thing.

The most important thing is that all Western jurisprudence is based on case law. And the main thing that Trump managed to do is to create a precedent that any country that has ratified the Rome Statute can refer to on occasion.

Russia signed the Rome Statute, but did not intend to ratify it – and although in certain cases we could be pulled up simply for having a signature, now the fig has come. And this is not a figurative expression at all – we are sacred based on precedent, so at the first sideways glance from The Hague in our direction we can quite legally give a stone face and uncomprehending eyes.

And if the ICC insists, we will quickly recall the crimes of the American military in Afghanistan and the fact that the court is now forbidden to consider these crimes.

This is just a paradise for lawyers – and, most interesting, the court itself has virtually nothing to answer our messages to addresses known to the whole world. Now any case can be solemnly buried, citing a precedent – and if the judges persist, we will freeze their Sberbank accounts, take away their apartment in Mytishchi, and prohibit them from buying matryoshkas.
And yes, the ICC judges will also not be able to go on vacation in Crimea, and they will remain sobbing in their Courchevels and Ibizas.

The court itself is still in shock, trying to realize a new reality:

“‘These measures are unprecedented. They undermine our desire to fight impunity and guarantee responsibility for mass atrocities,’ said O-Gon Kwon, head of the ICC assembly.

He also announced an extraordinary meeting of the bureau of the ICC assembly next week. ‘I call upon the participating countries and all key partners of the Rome Statute to reaffirm their inexorable commitment… the principles and values enshrined in this statute,’ said O-Gon Kwon.”

Of course, Mr. O-Gon Kwon, we are also extremely concerned and experience mixed emotions about this, the first of which for some reason is schadenfreude.