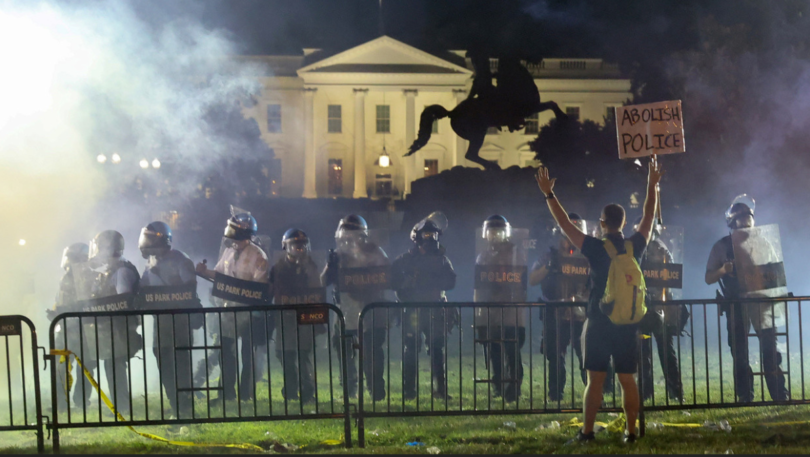 Large-scale protests in the US are a result of deep-seated problems in society, Russian President Vladimir Putin said, noting that tensions have been developing since the Democrats’ failure to accept defeat to Donald Trump.

“What has happened is a manifestation of some deep-seated internal crises in that country,” Putin said about the massive and often violent protests against police brutality, which engulfed the US after African American man, George Floyd, died during his arrest in Minneapolis in late May.

Things have been like that in America “for a long time,” since Donald Trump became president in 2016, the Russian leader said in an interview with Rossiya 1 channel that’s yet to be released in full.

When Trump won his seat in the White House “absolutely obviously, by democratic means, the losing side came up with some fairytales to somehow question his legitimacy,” he pointed out.

Putin said he was surprised by how some US governors neglected the decisions made by Trump during the Covid-19 crisis and the protests.

Democracy is the rule of the people and the supreme authority they elect has every right to set up the work of the executive bodies in such a manner that it would guarantee the interests of the vast majority of the population, he stressed. “And what’s happening there [in the US]? The president says: ‘This and that should be done,’ but the local governors say: ‘Go to hell!'”