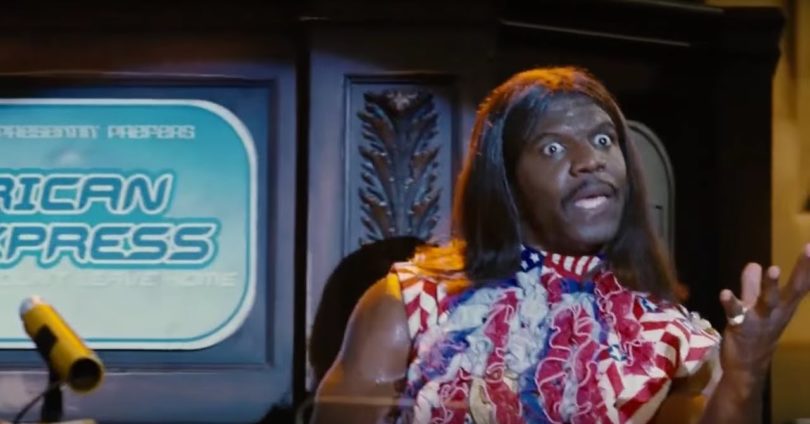 Have you seen the movie Idiocracy? Released in 2006 its setting is 500 years from now. Allegedly. “The years passed, mankind became stupider at a frightening rate. Some had high hopes the genetic engineering would correct this trend in evolution, but sadly the greatest minds and resources where focused on conquering hair loss and prolonging erections.”

It seems the writers were wrong to the tune of, well, 486 years. Because now we’re living Idiocracy in realtime. The State Of The Union Address by President Camacho (lower pic) has become the stuff of legend. Do look at it here (only two minutes long). 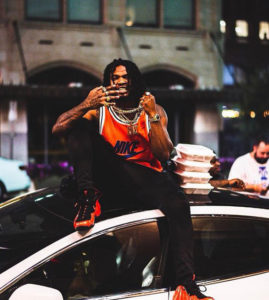 Next look at The Honourable Raz Simone (top pic), ‘President’ of CHAZ, America’s 51st State. ‘Hundreds of protesters have taken over several blocks of Seattle and transformed it into the Capitol Hill Autonomous Zone, or “Chaz”, helping to amplify nationwide protests while offering a real-world example of what a community can look like without police. For three days, protesters have filled several blocks and at least part of a park in the artsy Capitol Hill neighborhood of Seattle, after police abandoned their east precinct, following dangerous clashes between protesters and law enforcement.”
How this plays out will have a major role for America and indeed every White nation basking in the joys of diversity. Many observers think it could result in Trump losing in November. I don’t think so. In fact if he plays his cards right it should see him sweep to victory. Because this development is the logical outcome of  ‘woke’ politics, of the insanity we’ve been witnessing in recent times. How many virtue-signalling soccer moms, happily parading on social media’s moral high ground will feel a frisson of anxiety as President Simone and his goons rule the roost in the heart of America’s most liberal and woke city? How many of them will as a result quietly and discreetly tick the Trump box in November?
For this to happen Trump must play his cards right, in the full knowledge that no matter what he does the MSM’s reaction will be hostile. Send in the military and he’s literally Hitler. Don’t send them in and he’s failed in his duty as Commander-in-Chief, cowering in his White House bunker. Go direct to the people Donald. Explain to them that this is what Democratic policies lead to, that they brought this on themselves and it’s up to them to sort it out – unless the insurrection becomes inter-state at which point he must move. Shove their PC, virtue signaling crap right back in their faces. Ask the nations ‘liberals’ when they plan on moving to CHAZ. It’s a liberal utopia! No cops! Plenty of diversity! Keep emphasising that this is what ‘liberal’ Governors and Mayors have been asking for. Watch them twist and turn and writhe like slugs in a bowl of salt.
In comical utopian socialist fashion the comrades duly ran out of food after three days! In fact the homeless folk they invited in promptly stole it all and then scarpered. The appeals for food read like Greta Thunberg’s breakfast menu: Organic vegetables, tofu, no meat, plenty of soy. You couldn’t make it up.
A closing thought: Can you just imagine if this takeover had been the work of White identitarians? The FBI would have ensured a reprise of Waco and Ruby Ridge within hours. Things are coming to a head, my friends. The Great Denouement I keep referring to gets closer by the hour.